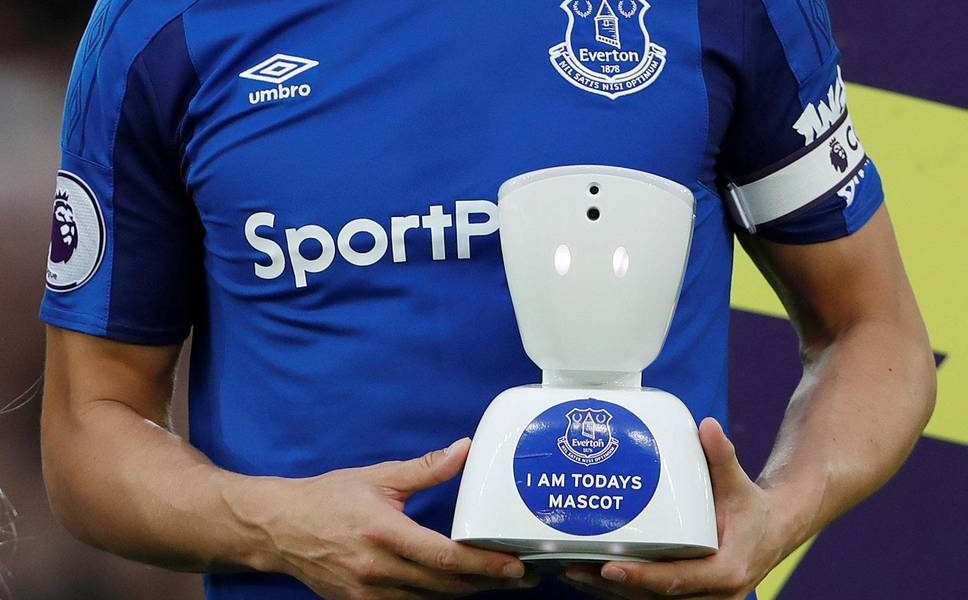 Jack McLinden, 14, became part of football history as he served as a “remote” matchday mascot for the Premier League game against Newcastle United with the aid of a robot.

McLinden has multiple health conditions and severely reduced mobility but was able to experience joining his heroes on the pitch thanks to the AV1 telepresence robot.

Everton captain, Phil Jagielka, carried the unit onto the pitch Jack enjoying the occasion in real-time from his home via a camera, microphone and speaker linked to his tablet and by also interacting with the players in the tunnel.

The Norwegian company, No Isolation, designed AV1 to help children with long-term illness and to attend school from home and, partnered with the UK charity, WellChild, to give the Merseyside teenager an unforgettable Goodison Park experience.

Everton’s head of engagement, Scott McLeod, said: “The most important thing for everybody at the club is that we have had the opportunity, through this amazing technology and the work with No Isolation and WellChild, to do something incredible for an inspirational young Evertonian.”

“We are thrilled to have had the chance to do this for Jack and we hope it has provided him with a memory he will always treasure.”

His mother, Michelle Wignall, added: “We are thrilled that through No Isolation and Everton Football Club Jack is able to enjoy this once-in-a-lifetime experience.”

Everton won against Newcastle by 1-0 thanks to Theo Walcott’s goal, and Jack also got a bird’s-eye view of manager Sam Allardyce’s news conference.

“Sam carried the robot in for his press conference and it was just lovely of him,” said Michelle. “He introduced him and at the end he thanked Jack for the 1-0 win as if it was down to Jack.”