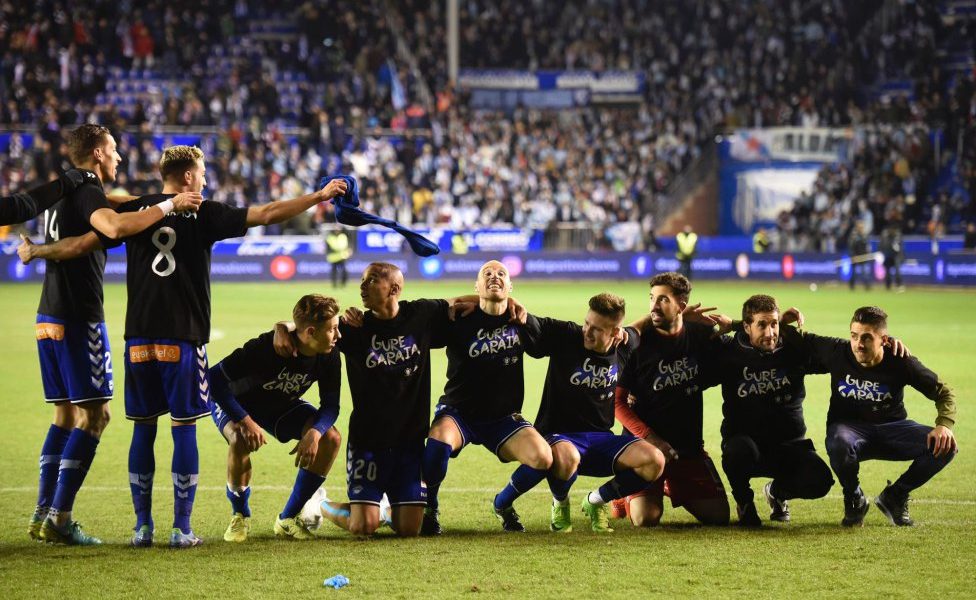 Deportivo Alaves reached the Copa del Rey final for the first time in their 96-year history after a surprise 1-0 victory over Celta Vigo in their semi-final second leg.

Edgar Mendez scored the only goal over two legs when he lobbed Celta keeper Sergio Alvarez and into the net in the 83rd minute.

Iago Aspas could have equalized for Celta but was denied by a fingertips save from goalkeeper Fernando Pacheco.

Alaves will meet Spanish double winners FC Barcelona, who knocked out Atletico Madrid, in the final in May.

However, Alaves may have a boost in their confidence after they managed to stun Barca 2-1 at the Nou Camp earlier this season.

They will also have an early preview of their final opponents as they host Luis Enrique’s team in La Liga this Saturday .

It was a proud moment for the newly promoted team regardless.

“We’re going to enjoy tonight and we’ll try to go for glory in May but we’ve already made history,” Alaves captain Manu Garcia said.

Alaves’ only other appearance in a major tournament final came in 2001 when they were beaten 5-4 by Liverpool in the UEFA Cup by golden goal rule.