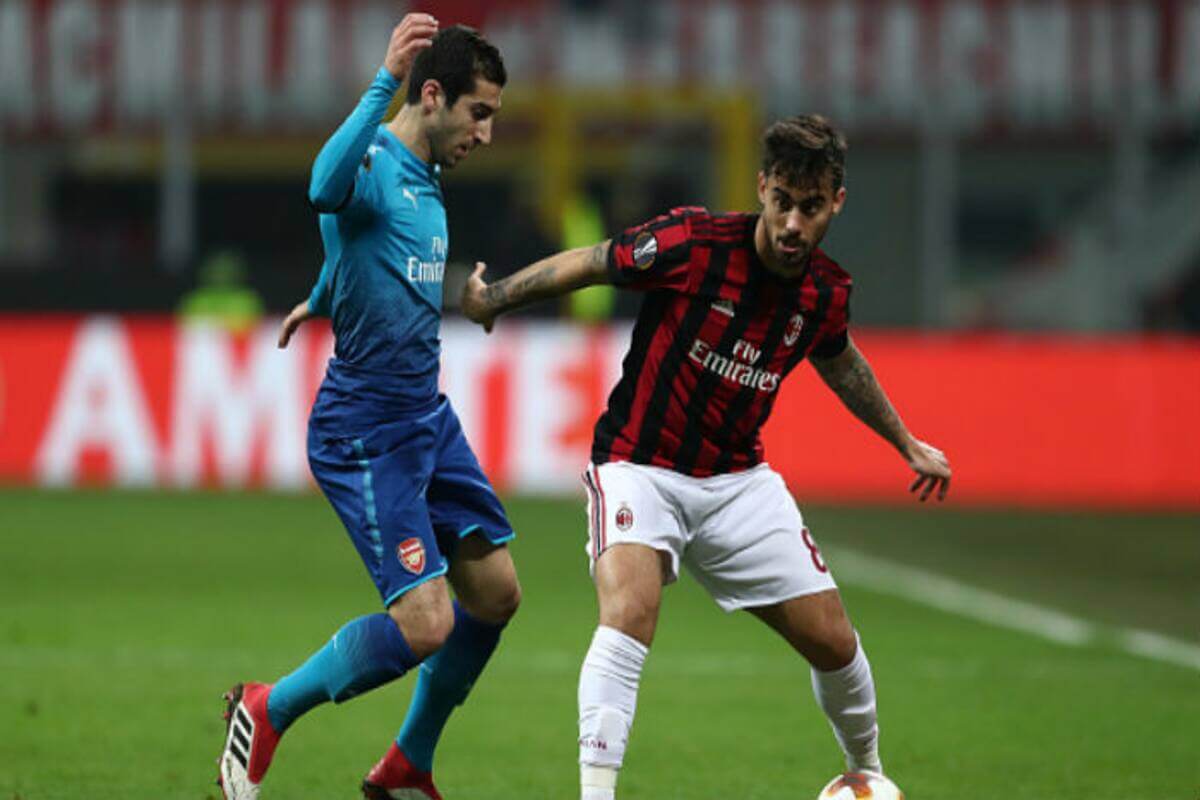 Arsenal put an end to their unwanted 4-game losing streak with a polished 2-0 victory over AC Milan in the first-leg of their last-16 encounter.

Arsene Wenger’s squad were leading after just 15 minutes through Henrikh Mkhitaryan’s first goal for the club, with the Armenian cutting in from the left to fire in with the aid of a deflection off Milan skipper Leonardo Bonucci.

Aaron Ramsey then deservedly doubled their lead before half-time as the Welshman collected Mesut Ozil’s inch-perfect pass through the centre of Milan’s defence to round keeper Gianluigi Donnarumma and tap in.

While Gennaro Gattuso’s Milan tried to raise their tempo after the break — with Giacomo Bonaventura spooning an effort over the bar — Arsenal were largely unbothered as they limited the home side to half chances with a solid defensive effort.

With clear a two-away goal advantage, Arsenal will be heavy favourites ahead of the second leg that will be played at the Emirates next week.

This also comes as a brief respite for Wenger, who saw 88% of the Arsenal Supporters’ Trust’s (AST) 1,000 members voting this week in favour of the 68-year-old Frenchman’s contract being terminated at the end of the season.

“Overall it is important to win, but it is not qualification. We have to finish the job at home. I am happy with the spirit and response we gave,” he said. “We were not in a position to take risks, but we could not be too cautious as you lose fluidity. We defended with resilience until the end.”

“We made too many mistakes,” said Gattuso. “We never played as a compact team and they deserved the win. Every time they attacked, they could have scored. Playing at this level is something new for our lads but there were too many mistakes.”

“In football, you never say never. We’ll go to London to try and win, we’re not going on an excursion.”