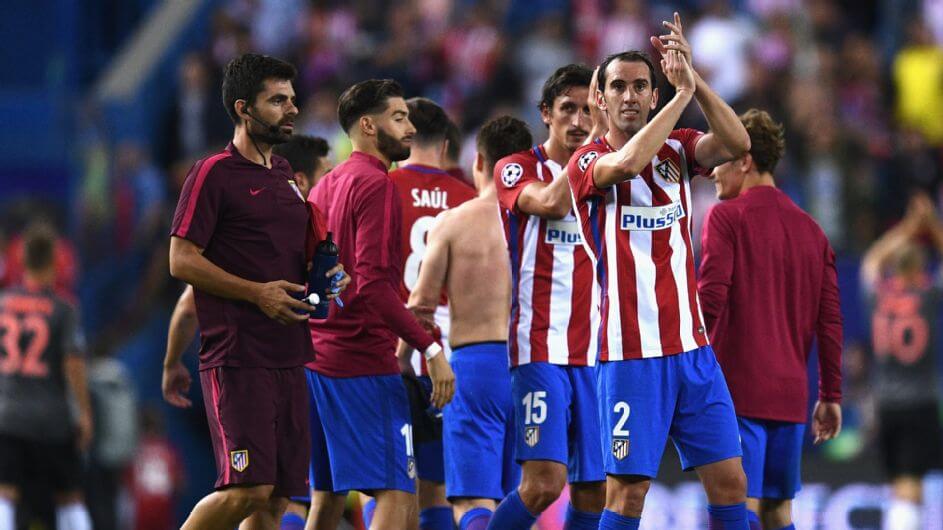 Atletico needed just a single goal to defeat Bayern Munich and cut short the undefeated streak of the Bundesliga giants.

Both teams entered the Vincente Calderon on undefeated records in all competitions since the start of the season, but Yannick Carrasco’s single goal was enough for Atletico to inflict defeat upon Carlo Ancelotti’s team.

However, the two teams had also created sufficient chances that could have changed the course of the game throughout.

Fernando Torres hit the woodwork with a header early on, as his teammate Antoine Griezmann also found the bar late in the game with a penalty.

As for Bayern, Franck Ribery and Robert Lewandowski also missed when chances on goal presented themselves. Lewandowski, who was also Bayern’s primary attacking threat, saw little of the ball – and headed his only chance wide from an unmarked position near the penalty spot.

In the end, the single vital touch was at 35 minutes when Griezmann finds Carrasco with a through ball for the Belgian winger to hit a left-footed shot past Manuel Neuer.

The match ended at 1-0, a repeat of the first-leg scoreline between the sides in last year’s semi-final clash, and was also Ancelotti’s first defeat as manager for Bayern.

The result placed Atletico on top of group D on six points from two games, three clear of Bayern in second. At the same time, PSV Eindhoven and Rostov, who drew 2-2 in Russia, are level on one point.