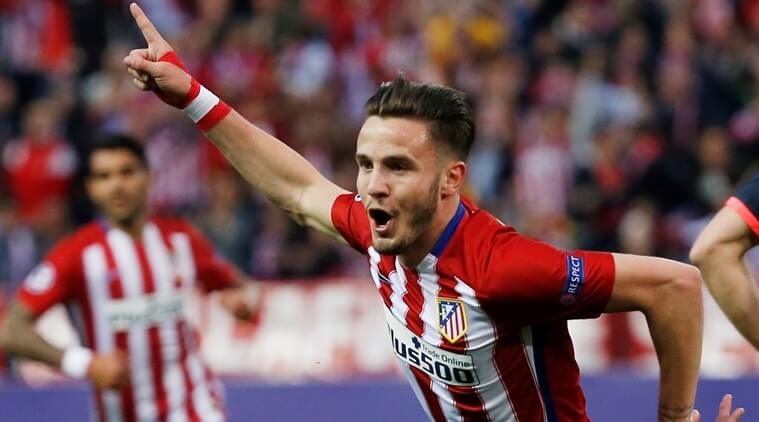 Bayern Munich has their work cut out for them as the Bundesliga champions went 1-0 down against Atletico Madrid in the first leg of their UEFA Champions League semi-final.

Saul Niguez scored the only goal in the match for Los Rojiblancos early, and the manner in which it was scored can only be described as sublime and Diego Maradona-esque.

In the eleventh minute, Saul brought down a high ball inside the center circle coolly, stopping it before making a run rightwards, heading nowhere in particular and followed loosely by Thiago.

That was when the Spaniard started moving. Putting in speed and moving goal-wards, he began his run as he left Thiago behind. Sensing the danger, Bayern defenders swarmed him; Xabi Alonso came from one side while Juan Bernat followed suit on the other.

Undeterred, Saul worked both his legs to get past his marks and into the area. David Alaba was waiting and made an effort to block, but Saul merely shifted his weight, opened up his body and curled the ball into the far corner past Manuel Neuer. Thus the Calderon erupted in rapturous rejoicing as Bayern lay stunned.

It was further testament to Atletico’s ability as Fernando Torres and Saul both had two attempts on goal attempt already at that point.

As with their match against Juventus, Bayern returned to life during the second half although it was to no avail this time. Still, they pressured Atletico hard enough to keep them on their toes as David Alaba’s 35-yard shot hits the woodwork, while in-form midfielder Arturo Vidal forced a save from Jan Oblak.

But both teams played the same football they had always played; players ran against each other with direct play and breathtaking pace.

One could almost say that Atletico’s first-leg win was more a triumph of will than tactics. However, plays and positioning did play their part: Bayern looked uncomfortable with the advanced pressing displayed by Atletico in the first half, a play of polar opposites compared to how the Spanish team nullified Barcelona’s hallowed attacking trinity.

Still, anything may well happen as both teams meet each other in Bayern’s home ground – the Allianz Arena, to decide who will meet either Real Madrid or Manchester City in the final.