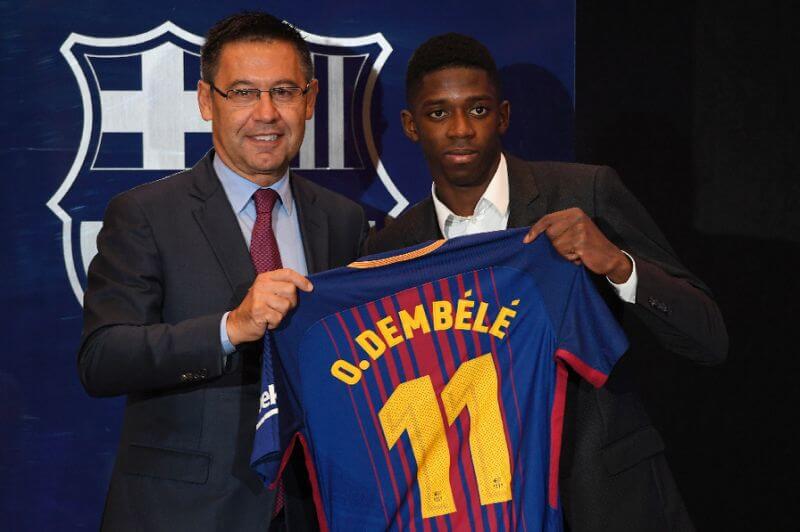 Supporters of FC Barcelona has called for the resignation of club president Josep Maria Bartomeu at the unveiling of their new €145m signing Ousmane Dembele at the Camp Nou.

The past two months marked a difficult period for Barca, where they saw the departure of Neymar Jr and frustration in acquiring fresh recruits even as the new season begins.

Bartomeu had hoped to offset the pressure he faces ahead of a vote of no confidence brought by the former presidential candidate Agusti Benedito. Criticism had been leveled against him in the wake of Neymar’s departure and the extended timeframe for Dembele’s departure from Dortmund.

There was also an hour-long delay that frustrated fans in Dembele’s unveiling, where a significant proportion of the 17,814 supporters at the Camp Nou chanted for Bartomeu’s resignation.

Barca is, in the meantime, refusing to give up on Liverpool playmaker Philippe Coutinho — despite having the Premier League club repeatedly turning down each of their attempted bids and insisting that they will not let go of the player.

Coutinho, however, did say that he is interested in moving to Barca.

“We are negotiating with a player, with the possibility that he can come,” the Barcelona sporting director, Robert Fernández, said. “We hope it ends well, we can reach an agreement and present another new player.

“My intention is for one more player to arrive – two, if possible. We’re negotiating.”