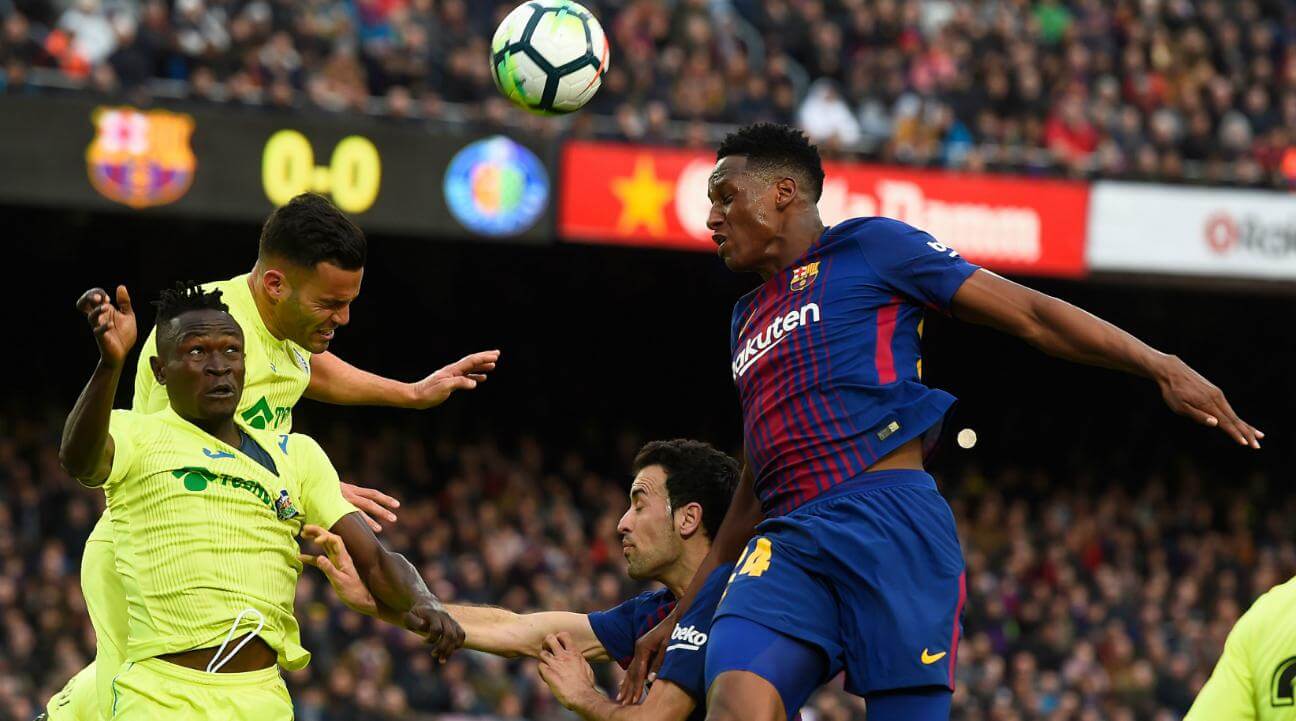 Barcelona failed to score for the first time in La Liga this season as mid-table Getafe picked up a hard-fought point at the Nou Camp.

It was also the first time since the April 2012 Clasico against Real Madrid that Barca failed to register a shot on target during the first half of a home game in La Liga, although Luis Suarez did have a brilliant volley ruled out for offside.

Ernesto Valverde’s side belatedly shifted through the gears after half-time but it was not enough to breach some stubborn resistance from Pepe Bordalas’ visitors.

Mina was making his first starting appearance after being handed a full debut at the heart of a makeshift Barcelona defence, with full-back Lucas Digne partnering the Colombia international at centre-half.

Although Mina’s playmaking capabilities from deep appeared attuned to Barca’s famed style, his appearance along with several other players including Coutinho may be the reason Barca had a less-than-glamourous start to the game.

However, Valverde insisted that it was another factor — fatigue — that was to be blame for Barca’s weak start.

“We were lacking some freshness and rhythm, especially in the first half,” Valverde said.”Getafe are a team who stop you from playing so you don’t get close to their box. As the game went on we attacked more and more and despite our best efforts it wasn’t to be. They defended their box well and we lacked a bit of spark.”

“We have had a busy month and have just reached a final. We can’t win every game we play or be 100 percent all the time and this is why the coming week without a game comes at a great time for us to recover.”

Getafe, who move into the top half, almost scored a winner with the last kick of the game as Vitorino Antunes’ 30-yard free-kick was tipped over the bar by Marc-Andre ter Stegen — with no time for the corner to be taken.

However, although the hosts remain unbeaten in the league Atletico Madrid — their closest rivals at the summit — trimmed Barca’s advantage at the summit to seven points after having picked up a third consecutive victory at Malaga on Saturday.