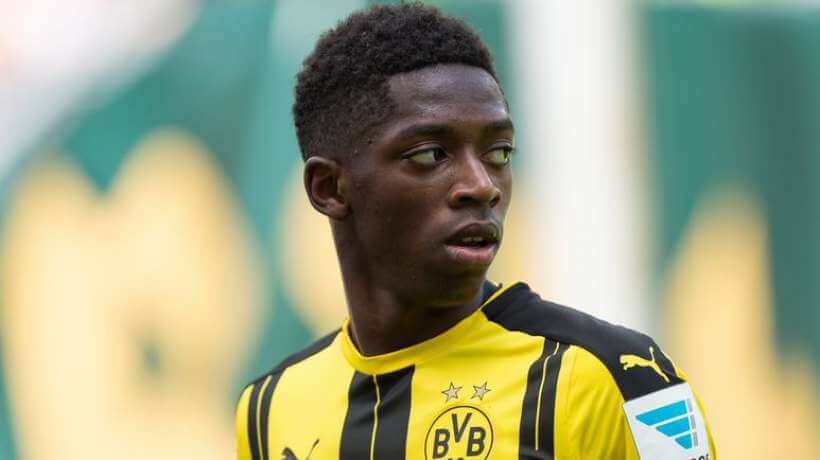 FC Barcelona has completed the signing of Ousmane Dembele from Borussia Dortmund for an initial €105m.

The deal, which has a potential of inflating by €42m in add-ons, makes the 20-year-old the second most expensive player in history behind Barca’s former Brazilian forward Neymar.

The striker has agreed to a five-year contract with the Catalan club, with a pending medical checkup to be completed later today before being presented to fans at the Camp Nou.

He will be wearing the No11 shirt vacated by Neymar, whose shock exit to Paris Saint-Germain still echoes within Barca and left a void up front for the Spanish giants.

In addition to suing the Brazilian forward, Barca hierarchy made three failed attempts to sign Philippe Coutinho at the same time as trying to prise Dembele away from Dortmund, although Premier League club Liverpool has refused to let the former go.

On the other hand, Dortmund agreed to Dembele’s transfer after Barca agreed to comply with their asking price, with the Bundesliga giants set to make a huge profit on a player they signed from Rennes for £13.5m only a year ago.

French club Rennes, the club which Dembele played for before joining Dortmund, are also entitled to around “€30m-€40m” owing to a sell-on clause agreed when Dembele joined the Bundesliga side.

Dembele’s departure meant that a place in the Dortmund squad may be filled with the similarly talented Christian Pulisic, while the club itself is also likely to add to their ranks before the end of the transfer window with Lyon’s Brazilian Malcolm among their top targets.