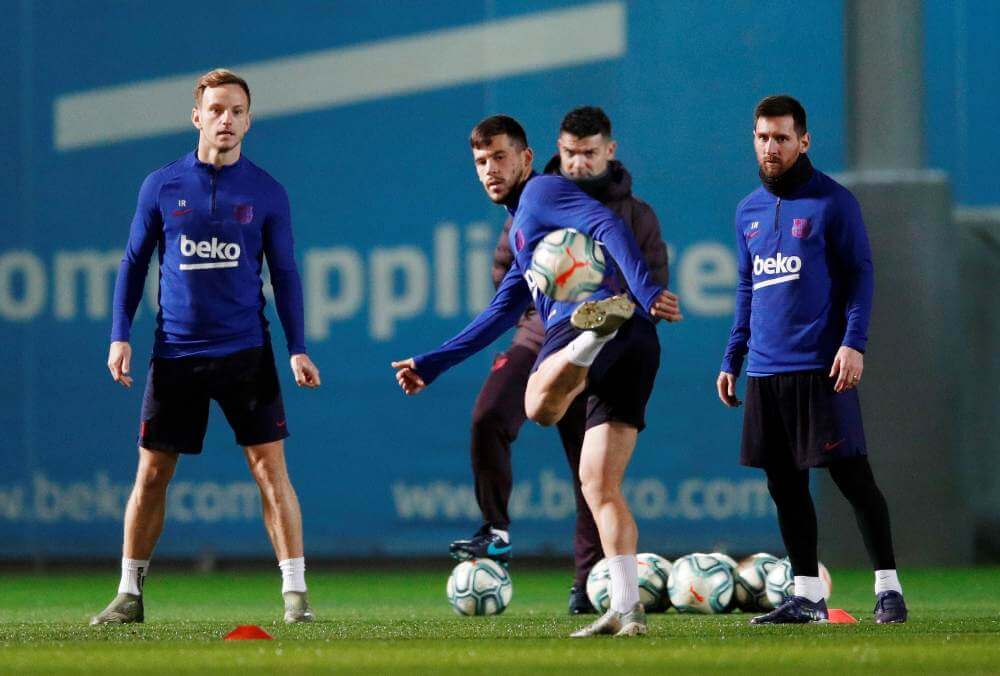 FC Barcelona midfielder Jordi Alba’s late stunning equalizer against his former club Valencia concludes an encounter between the two sides at the summit of the La Liga table with a draw.

It was an eventful game that also saw Valencia’s goalscorer Rodrigo don a wig in celebration while Barca’s star striker Lionel Messi had a clear goal disallowed.

Messi thought he had opened the scoring in the 30th minute when his tame strike from just outside the area was fumbled by the Valencia goalkeeper Neto and apparently crossed the line before it was cleared, and the Argentine had already started celebrating before being cut short as the goal was not to be given.

Replays too showed that it was a legal goal by any means, but without the benefit of goaline technology the referee Ignacio Iglesias did not award it as such and waved play on— much to Barca’s fury and Valencia’s relief. The latter, who paused momentarily, quickly raced up the other end of the pitch, where nine-goal Simone Zaza struck wide.

With the ball going out of play, the Catalan team angrily surrounded and confronted Villanueva at the mistake, but their appeals fell to deaf ears.

With spring in their steps after escaping such a clear disadvantage, Valencia proceeded to pile more misery upon their visitors when Rodrigo fired them into a 60th-minute lead, with the Spanish forward pouncing from close range following Jose Luis Gaya’s low cross.

It was a heartwarming moment for Valencia celebrated by Rodrigo wearing a curly, orange wig given to him by a fan, a nod to ex-club president Jaume Orti’s celebrations when Valencia won their last two La Liga titles after the former official passed away on Friday.

Defeat would have been harsh on Barca — who have not been beaten in La Liga this season — but a late and exquisite finish from Jordi Alba on Messi’s pass eventually rescued a point for Ernesto Valverde’s side, keeping them four clear of Valencia and unbeaten.

Still, there was a heartstopping moment before relief came for Barca as Valencia could have snatched all three points in the dying moments but Simone Zaza fired over from a great position.