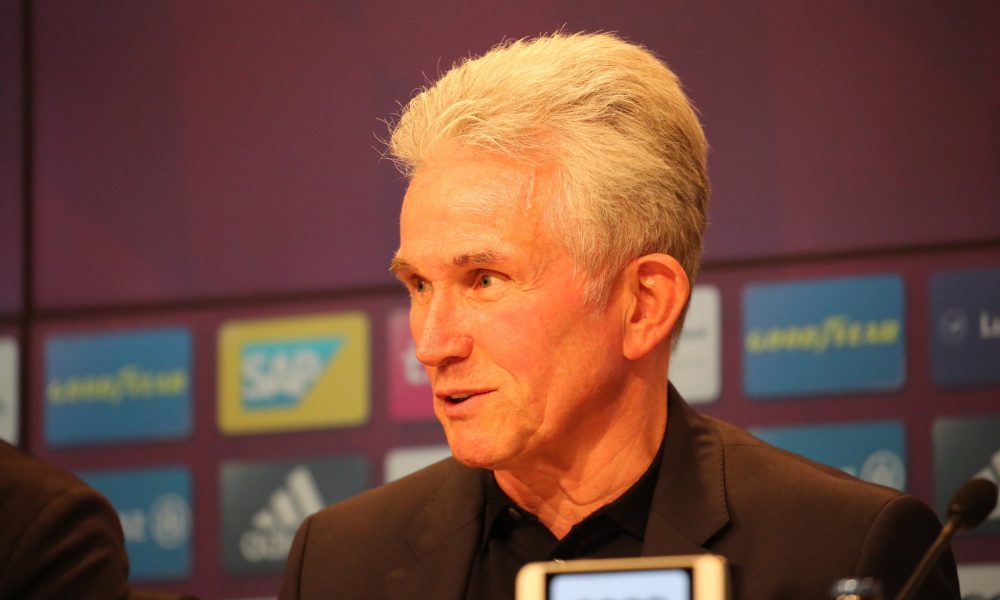 Jupp Heynckes has dismissed reports that he was questioning Robert Lewandowski’s commitment to Bayern Munich and confirmed the striker as a likely starter against Real Madrid on Tuesday.

Bild has reported that Heynckes confronted the star striker over an apparent decline in his training standards.

Lewandowski, 29, who has been heavily linked with a move to Madrid, failed to fire in the Champions League loss to Los Blancos last week and was on the bench as Bayern beat Eintracht Frankfurt 4-1 in the Bundesliga on Saturday.

However, speaking after that match, Heynckes reiterated the one-on-one conversation was purely motivational, and insisted Lewandowski would not be overlooked for the semi-final second leg.

“I can only tell you what I also said in the press conference yesterday — that I had a good talk with Robert Lewandowski,” the Bayern boss said. “But I did not say anything about the content of it.”

“For me, Robert Lewandowski is a world-class player and please do not think that I will ignore him for Tuesday. So far he managed to score 39 goals in all competitions. This is a mark of which most of the forwards in Europe are dreaming of.”

“We should, first of all, await the game on Tuesday. It was a very positive talk and he always trains well. That’s why I don’t understand [the report].”