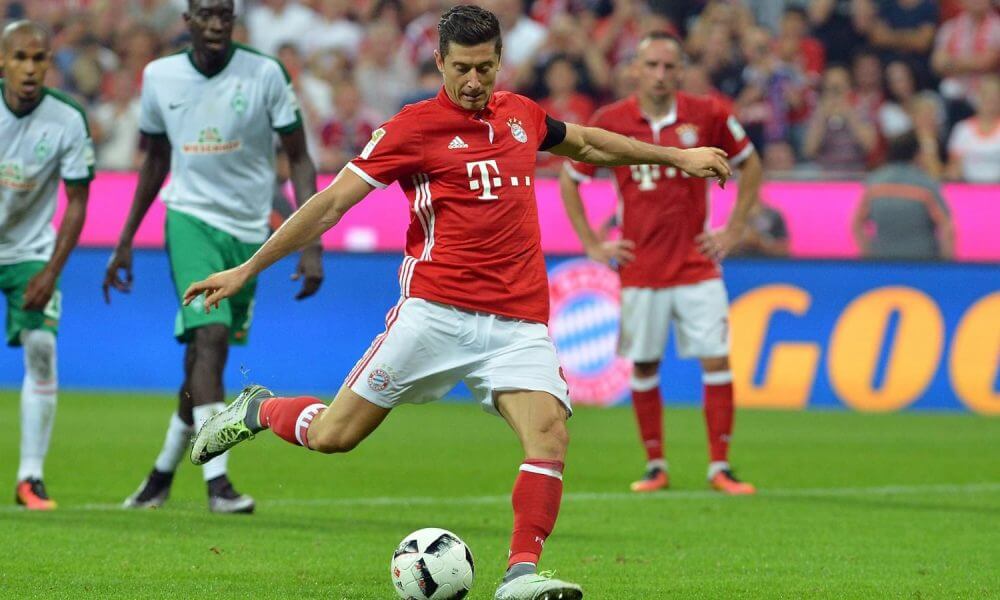 Bayern Munich began their new Bundesliga campaign with a flying start as they defeated Werder Bremen at the Allianz Arena by 6-0.

The defending champions were already ahead at the ninth-minute after Xabi Alonso’s stunning volley. The Spanish midfielder was given plenty of time to control the ball before smashing it into the top corner of the net from 20 metres.

Robert Lewandowski doubled Bayern’s lead just four minutes later, after a Frank Ribery through ball caught out Werder’s defense. The Polish striker then essentially sealed Werder’s fate a minute into the second half.

Team captain Philipp Lahm and Ribery then made it fourth after a one two with Thomas Muller before Ribery also found the net. Then Lewandowski completed his hat-trick with a 77th-minute penalty, his second hat-trick of the season after he also bagged one in the German Cup last week.

Carlo Ancelotti, who replaced Pep Guardiola at the helm of Bayern Munich in the summer, said before the match that Bayern aims to win every tournament of the season.

“We started very strongly, we scored the early goals and we controlled the match. All is well,” He said of Bayern after of the game.

“Honestly, I didn’t change very much. This is a very strong team. We just tried to play a little more directly.”

Mats Hummels made his second Bundesliga appearance for Bayern in the match. He made his first game for Bayern back in May 2007 before beginning an illustrious career with Borussia Dortmund.

“It was a little weird for me to return to the Allianz Arena,” said Hummels. “I was a little nervous, but it’s a perfect start for us, to put us on track in the league.”