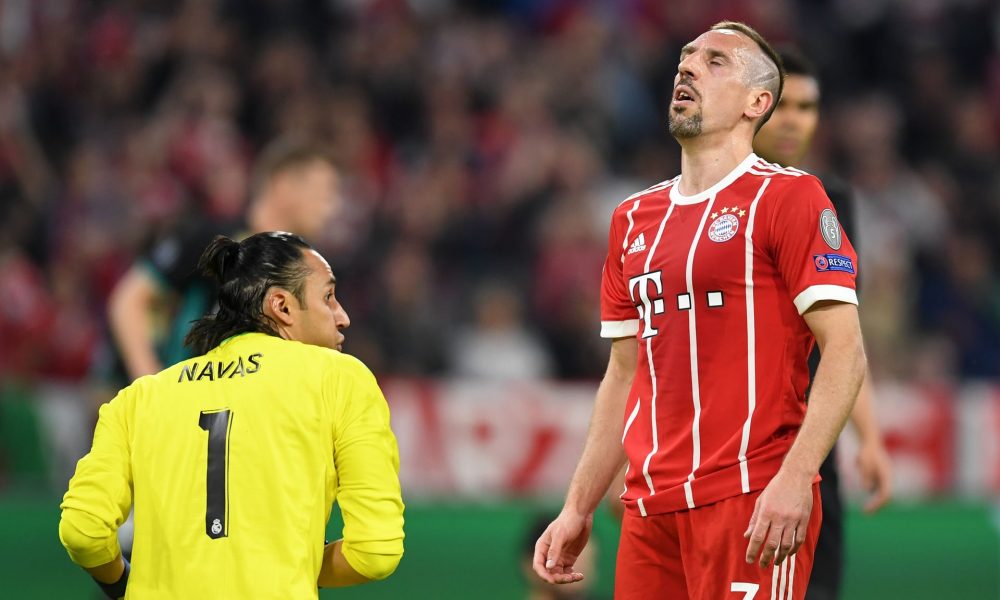 Despite losing 2-1 at the Allianz Arena, Jupp Heynckes insisted that Bayern Munich manager can still reach the Champions League final.

Joshua Kimmich had initially put Bayern in front when he slotted past Keylor Navas at the near post.

However, although Real Madrid were struggling defensively they were clinical in attack — and Marcelo and Marco Asensio scored either side of half-time.

The Brazilian smashed home a half-volley from the edge of the penalty area to level matters before Asensio capitalised on an error by Rafinha to score a breakaway goal.

“Tonight’s match showed that Real Madrid are vulnerable, that they can be harmed,” Heynckes said. “We showed that we can hurt them, so we take hope from this. You should never surrender, never give up. You should play the second leg and try to win, and that is what we will do.”

“It was a gift, just like the 2-1 was a gift. You don’t often see a game like this in the Champions League, where you have so many chances and you don’t take them. It doesn’t happen often at all. It’s also not usual for Madrid to allow so many chances, but we weren’t able to take them. We didn’t take our chances and they were more effective. Those two things came together. We handed out presents.”

“Anyone who knows me knows what I think and my players think the same way,” he added. “We will give our all in the second leg to make up for the result in the first leg.”

“We saw tonight that we can create opportunities against them and it is our duty to do that next week. There are two matches, and the result comes from both. Real have an advantage, but we didn’t deserve to lose this match, we should have won it, so I’m optimistic about next week.”

Bayern must now score at least twice at the Bernabeu next Tuesday to prevent Real reaching a fourth final in five years.