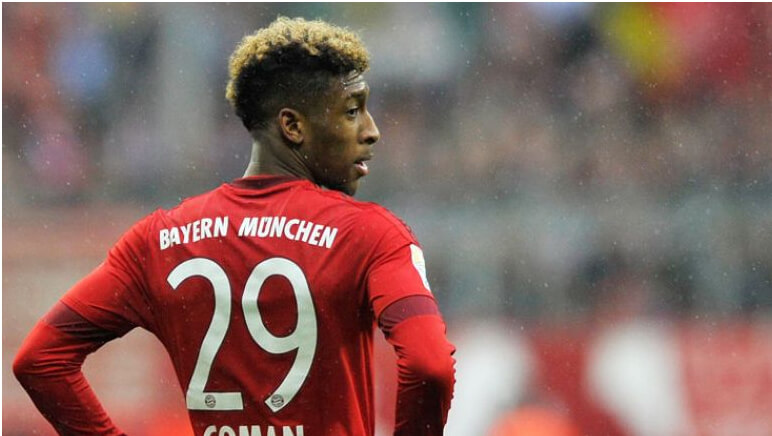 Coman, 20, scored eight goals in 58 games for the Bundesliga champions, including one against Juventus last season that helped Bayern ease past the Italian champions in the quarter-finals of the Champions League.

The Frenchman joined Bayern on a two-year loan deal in 2015, and, with the deal close to expiring this month, will sign on to the club in a permanent deal.

But even before going on to win the domestic treble with Bayern last season, Coman has already gathered a significant number of accolades which include league titles with Paris Saint-Germain and Juventus as well as finishing as runners-up at Euro 2016.

“He is a player with huge potential,” Bayern CEO Karl-Heinz Rummenigge said of Coman. “Unfortunately he had problems following the European Championship and was injured for three months.”

“However, he has the talent and the potential to do great things. He is one of the players we are relying on in the future. We are convinced he will make his mark and that is why we have decided to sign him.”

Bayern coach Carlo Ancelotti had already confirmed last November that the club intended to sign Coman on a permanent basis having secured an option to do that for €21 million on the loan deal. Juventus has also confirmed that the fee is to be paid in the 2017-18 and 2018-19 financial years.

“Coman’s future is with Bayern,” he said at the time. “We are all counting a lot on him. There’s no chance of him returning to Juve.”