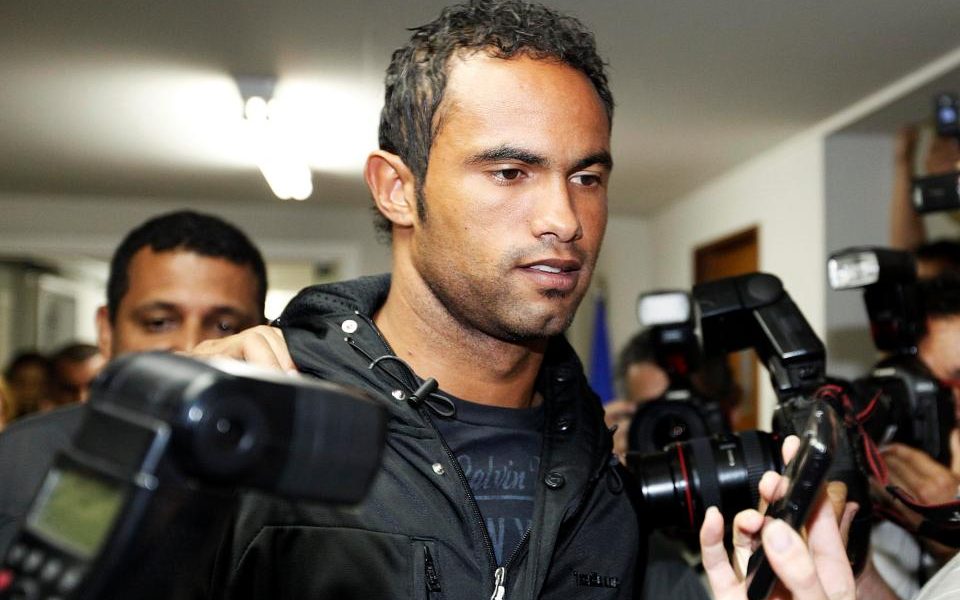 Brazilian goalkeeper Bruno Fernandes has been ordered to return to jail to continue his 22-year sentence for his role in the kidnapping and murder of his former girlfriend in 2010.

Bruno Fernandes surrendered himself to police in what had been two brief months of liberty at a police station in Varginia. He is now being held in a detention centre in Santa Luiza.

He had been released on parole after admitting to conspiring with friends who murdered Eliza Samudio and fed her body to dogs, but denied direct involvement.

He was freed in February after serving less than a third of the 22-year sentence handed down by a lower court for ordering the 2010 murder of Samudio, who was also the mother of his child.

However, lawyers secured his release with a petition for habeas corpus because of the country’s notoriously slow courts that had failed to rule on his appeal for several years.

Bruno — as he is best known — then signed a two-year contract with a second division football club Boa Esporte in Minas Gerais State, to the outrage of many. It triggered significant triggered protests from Boa Esporte fans and the withdrawal of several Boa Esporte sponsors.

He had played five games before the attorney general Rodrigo Janot successfully called for his re-arrest because the defence’s legal team were partly to blame for the delays in his appeal.