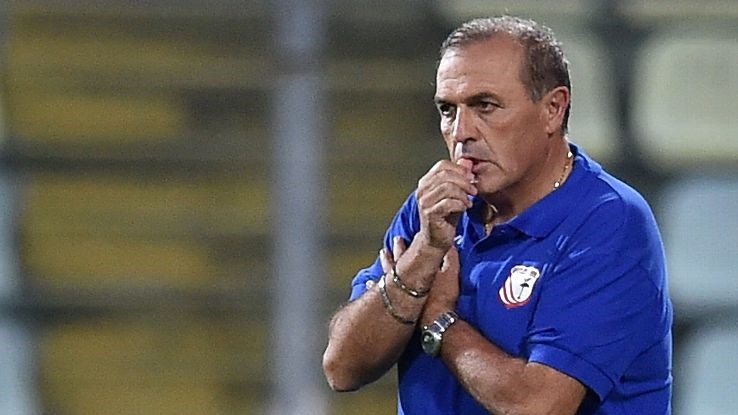 As things did not improve for Carpi after five weeks, they dismissed coach Giuseppe Sannino and appointed former boss Fabrizio Castori as his replacement.

Castori was himself relieved of duty five weeks ago in favour of the former Watford boss.

This was announced by the Biancorossi that have mustered just four points from five games and lies at the foot of the Serie A league standings after 11 games.

A statement from the club read: “Carpi FC 1909 announces it has released Giuseppe Sannino from his duties as first team coach.

“The club also wishes to announce that Fabrizio Castori will take over as coach of the first team and will hold his first training session this afternoon.”

Carpi, who are playing in Italy’s top flight for the first time this season, drew 0-0 at home to Hellas Verona last Sunday.

The club has conceded a league-worst 23 goals and was held to a goalless draw against fellow struggler Hellas Verona on Sunday.

Nonetheless, it should be noted that it was Castori who led Carpi to the Serie B title last season, earning promotion to the top division for the first time in the club’s 106-year history.

It almost appears to be a bizarre way of expressing regret for the club.