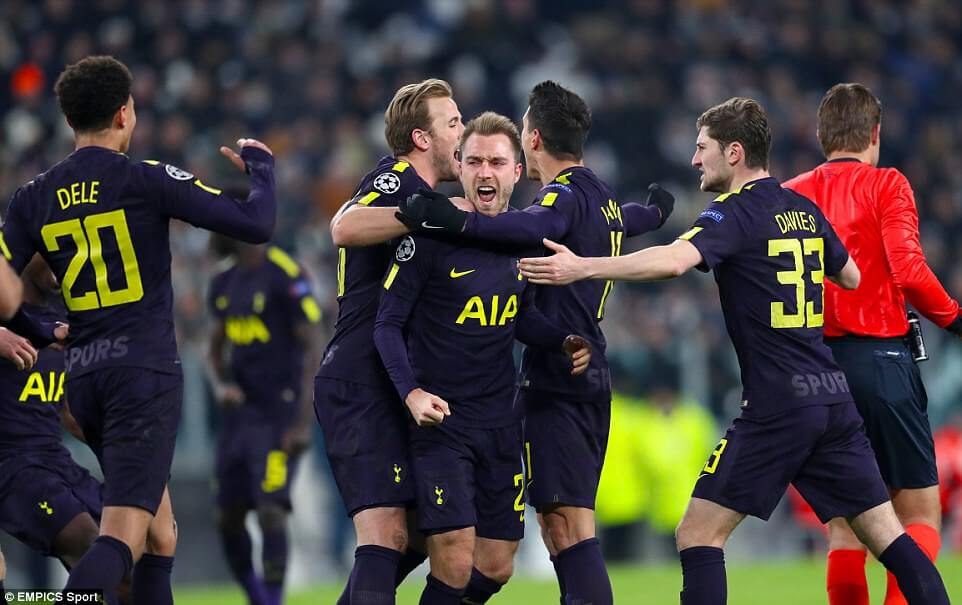 Tottenham Hotspurs put up a spirited performance against Juventus at Turin as both Harry Kane and Christian Eriksen struck to cancel out an early Gonzalo Higuain brace.

The opening of the game saw a disastrous start to Spurs’ Champions League last-16 first leg when Higuain completed a brace of goals in 10 minutes, first with a volley and then a converted penalty awarded for Ben Davies’ foul on Federico Bernardeschi.

But Spurs kept pressing and found their way back into the game when Eriksen dispossessed Giorgio Chiellini and within a few quick passes see Dele Alli sending Kane scurrying through, with the stiker then calmly rounding Buffon before rolling home a precious away goal.

The goal appeared to gave Spurs confidence as they dominated possession and with Higuain himself missing out on a first-half hat-trick after the Argentinian failed to convert a second spot-kick, awarded for Serge Aurier’s poor challenge on Douglas Costa.

Spurs, who along with their opponents played the second half tighter and more controlled, finally found their equalizer through Eriksen’s set-piece from 25 yards out. The strike was hard and low and wrong-footed Gianluigi Buffon, giving the keeper no chance.

It was therefore only natural as Mauricio Pochettino praised his Tottenham team’s character after they overcame adversity of playing away and going into the second leg with two precious away goals that could prove to be a defining advantage.

“At 2-0 down, my feeling was so bad,” Pochettino said. “We started sloppily. But we showed great character and I feel so proud. We are a young team in this competition. To show that kind of performance was fantastic.”

“We dominated possession and forced them to play deeper, and only use the counterattack. We were so focused. Only the opening minutes were difficult to handle. But after that, we dominated Juventus and that is a thing to praise.

“Not many teams come here and dominate Juventus. We showed we are mature enough to compete in this competition. It is my fourth season at the club and we are always improving in different aspects.” 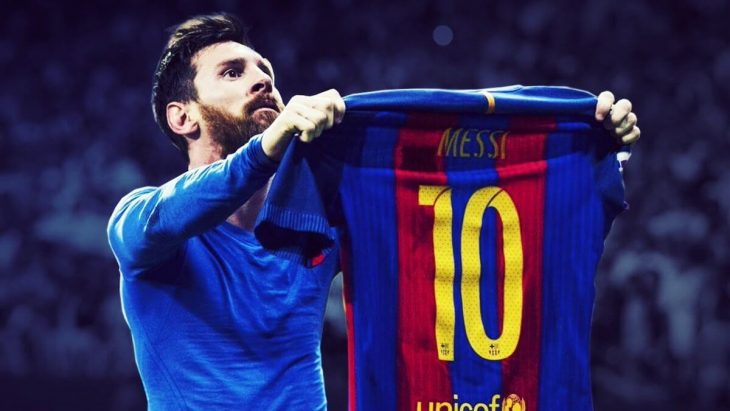 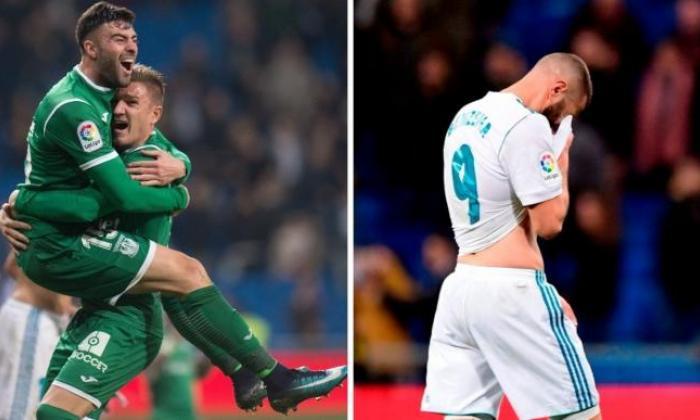 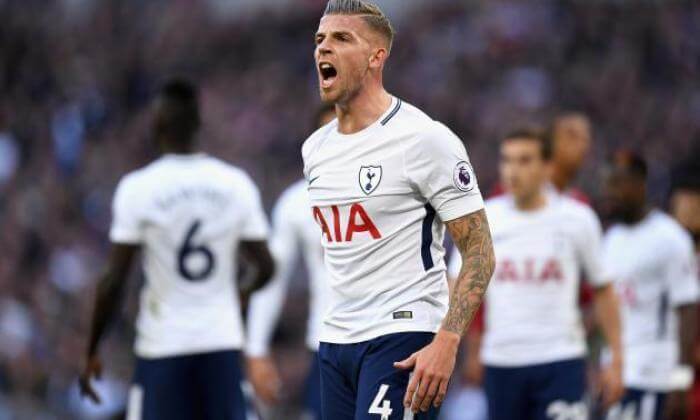