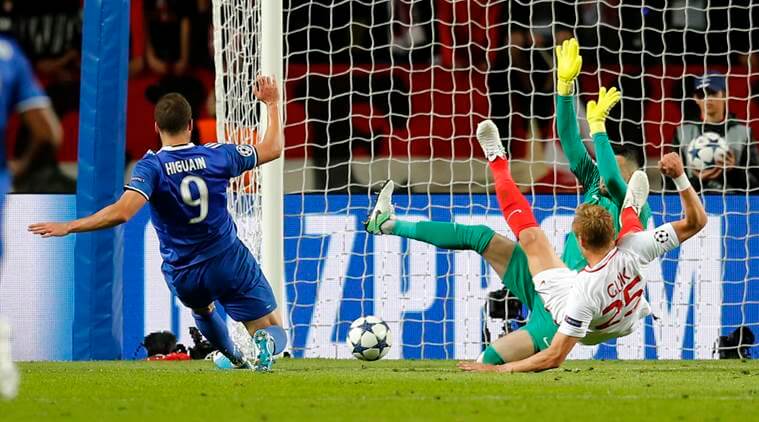 Gonzalo Higuain scored two goals for Juventus away against Monaco, placing the Italian champions in the driving seat of their Champions League semi-final encounter.

However, it was Monaco who started the game on the front foot.

Juve keeper Gianluigi Buffon, who said before the game that his team’s experience would be their key for victory, had to gather a header and put in a low stop to keep out 18-year-old Kevin Mbappe just inside 10 minutes.

But as the Italian champions sat deep for long spells, they prevented the Ligue 1 leaders from scoring at home for the first time since November 2015.

And with a flowing move, Higuain ruthlessly finished a counterattack move that started with a short throw from Buffon himself on 29 minutes.

Dani Alves, whose infield pass to Higuain contributed the first, found Higuain free again with a superb back-heel with perfect timing, and the Argentinian sweep the ball home for a first-time finish on the hour.

Alves’s delivery for the second was inch perfect and in creating both goals he now has six assists in the competition, one more than his best tally of five with FC Barcelona in 2007-08 and 2010-11.

With Monaco’s youthful free-scoring offense kept at bay, Juventus demonstrated their experience through organized defensive work which ushers a ninth Juve clean sheet for Buffon in 11 Champions League matches this season, in what his record-equalling 100th Champions League appearance.