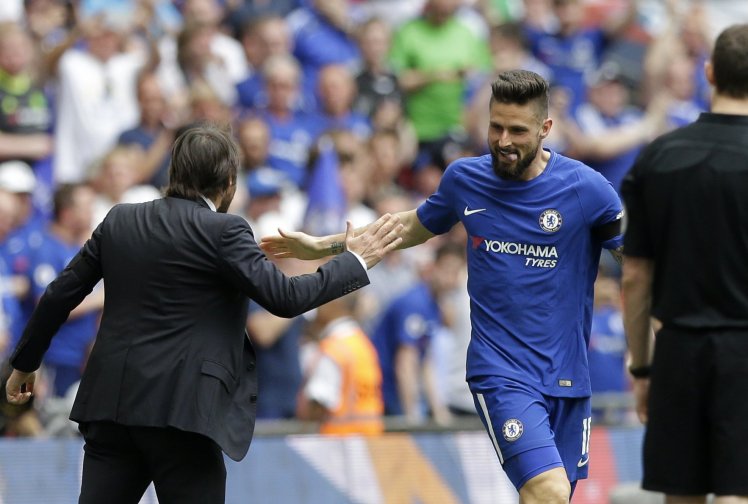 Olivier Giroud’s brilliant semi-final goal helped Chelsea beat Southampton by 2-0 as the Blues go on to set up a FA Cup final with Manchester United.

Giroud, 31, received the ball from Eden Hazard and jinked his way past two Southampton players in a crowded area before he stabbed the ball home.

It was a goal which provided the game’s memorable moment as the player showed superb balance, poise and technique to finish as Southampton defenders dropped like dominoes.

The scored stayed the same, before Giroud was replaced by Alvaro Morata with 10 minutes to go and the substitute sealed safe passage with Chelsea’s second when he headed in at the back post from Cesar Azpilicueta’s cross.

Southampton went close with Nathan Redmon’’s low drive from distance while Charlie Austin hit the post, meaning that Chelsea manager Antonio Conte will come up against managerial adversary Jose Mourinho at Wembley on 19 May.

French international Giroud won the FA Cup three times as an Arsenal player and his fondness for the competition continued against the Saints with the crucial first goal.

He also had scored twice as Southampton squandered a two-goal lead against Chelsea to lose 3-2 in their Premier League fixture at St Mary’s last weekend.

After his strike at Wembley he has now scored eight goals at Southampton’s expense, against no other side has he scored more since he arrived in England.