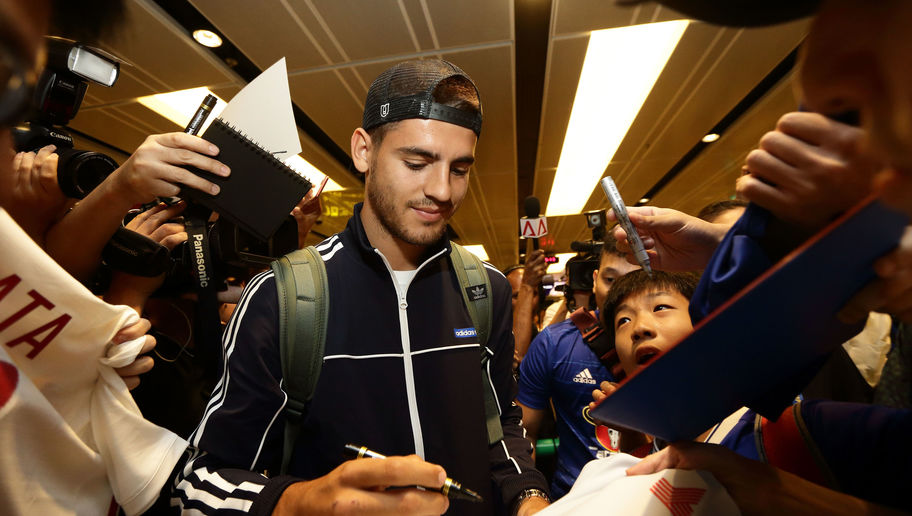 Chelsea have announced the signing of Alvaro Morata from Real Madrid on a five-year contract with a fee in the region of £58m.

The Spanish international forward is the Premier League champions’ third major signing of the summer, after Antonio Rudiger from Roma and Tiemoue Bakayoko from Monaco, as well as Willy Caballero on a free from Manchester City.

“I am so happy to be here. It’s an incredible emotion to be part of this big club,” he said after signing his new contract with Chelsea. “I am looking to work hard, score as many goals as I can and to win as many trophies as possible.”

The player will link up with the rest of the Chelsea squad on their pre-season tour of Asia.

Morata, 24, scored 20 goals last season after rejoining Real from Italian champions Juventus. His tally helped Los Blancos win La Liga and the Champions League, although the majority of his appearances were as a substitute.

His 27% conversion rate was also the highest of any striker to score 10 or more goals in La Liga in 2016-17 — with his 15 goals from 55 shots winning 13 points for Real Madrid in La Liga last season. Only Cristiano Ronaldo won more for the team with 15.

Aside from his ability to convert up front, Morata is also expected to be direct replacement for his compatriot and international teammate, Diego Costa in the London club.

Costa himself had revealed last month that Chelsea manager Antonio Conte told him that he no longer has a future at the club. However, it remains that Costa could return to his former club at Atletico Madrid, who is determined to re-sign him despite being placed under a transfer ban.