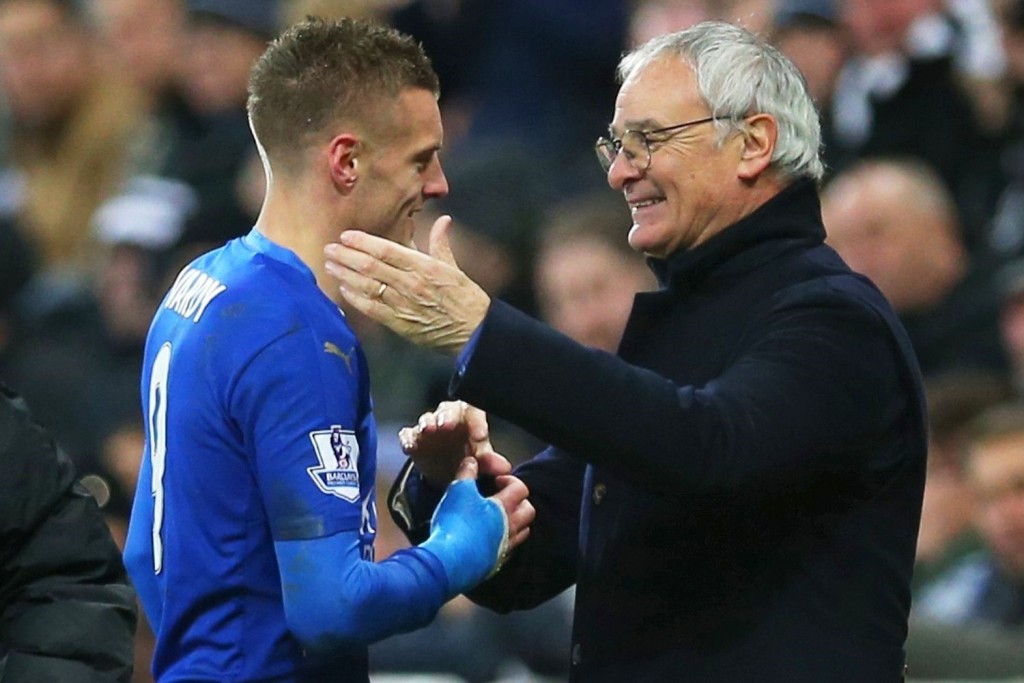 Leicester manager Claudio Ranieri plays down his side’s chances of winning the Premier League this season.

Arsenal boss Arsene Wenger had said league leaders Leicester “cannot be ruled out” as contenders but Ranieri says survival is the immediate aim.

“Thank you to Arsene but he’s a joker. He knows the truth very well,” said the Italian.

“The league is very strange and open but our goal is 40 points.”

He is also hopeful about keeping Jamie Vardy since the player could challenge the top without leaving the club.

“I think we are building a very good construction. I understand if somebody wants to go but I believe in the next year Leicester, slowly, slowly, can grow up and battle with the top.”

“At moment we’re very happy and also Jamie is happy with us and he can continue to show his strength with us. Jamie, Riyad, everyone.”

Vardy is now the league’s top scorer with 13 goals, and will break former Manchester United striker Ruud van Nistelrooy’s record of scoring in 10 consecutive Premier League matches if he adds a 14th on Saturday.

“I hope for him he can break it. Jamie deserves it,” Ranieri said.

Meanwhile, Leicester have confirmed they will be enforcing strict security measures for Saturday’s match following the Paris terror attacks on 13 November.

There will be a no readmission policy, no storage within the stadium will be available for baggage, while fans must have photo identification to collect tickets.

The club have also asked supporters to arrive early at the King Power Stadium and no cans or bottles will be allowed into the ground.