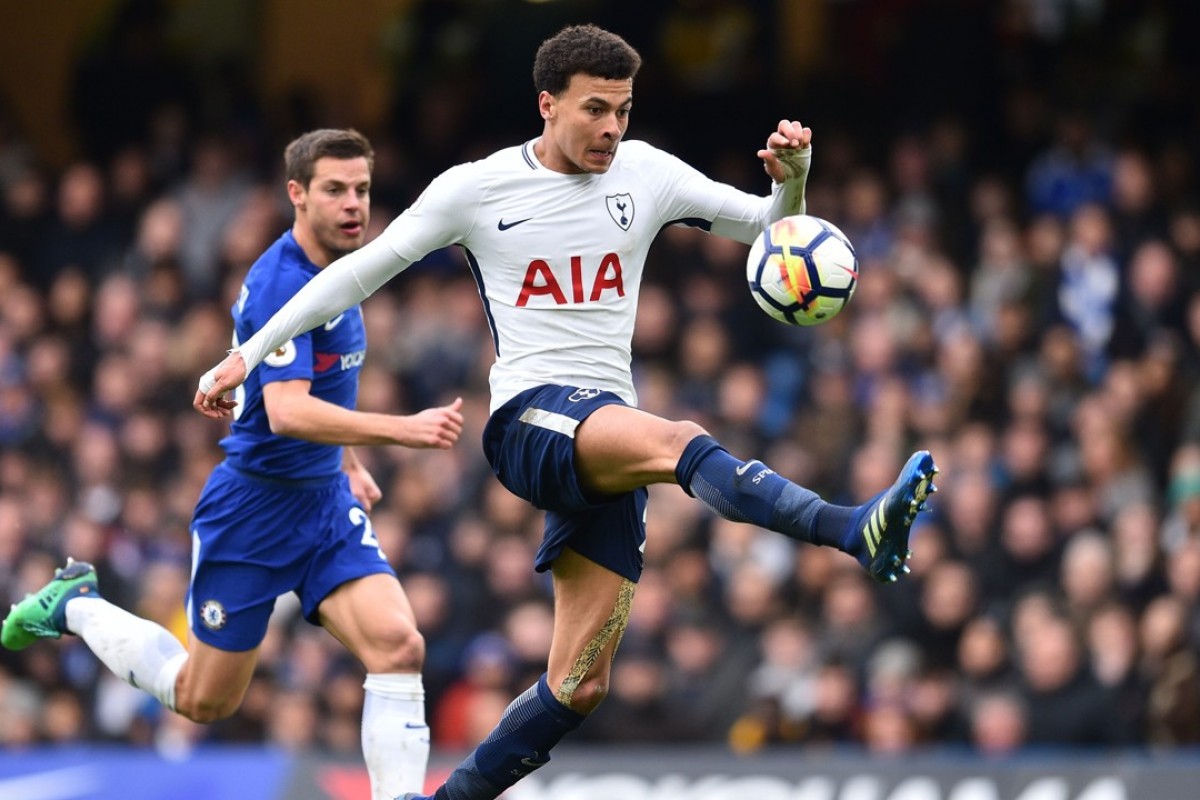 Dele Alli scored a braced for Tottenham Hotspurs to helped his team rally from a goal down and win at Chelsea for the first time in 28 years.

While Alvaro Morata headed in Victor Moses’ cross to give the hosts the lead, Christian Eriksen hit a stunning equaliser on the stroke of half-time as his dipping effort from 25 yards caught out Blues keeper Willy Caballero and dropped just under the bar.

Alli then putt Tottenham ahead just after the hour mark when he produced a sublime first touch to bring Eric Dier’s long ball under control before slotting beyond Caballero.

The England midfielder was well-placed four minutes later to stab in following a goalmouth scramble to wrap up a win that moves fourth-placed Tottenham eight points clear of Chelsea, who are fifth.

Before the game, Spurs held a horrible record at Stamford Bridge in the league, losing 18 of their 27 games since a late Gary Lineker header secured a 2-1 win in February 1990.

Initially, it looked as if their miserable run would continue as, despite dominating possession, they fell behind to Alvaro Morata’s goal.

But Eriksen’s goal was all they needed to rally, and it was also the perfect response by Alli after a disappointing couple of weeks with England on international duty — after failing to make an impact in a 22-minute substitute appearance in the 1-0 win against the Netherlands and was then left on the bench for the 1-1 draw with Italy.

“I’m very, very pleased,” said Tottenham coach Mauricio Pochettino of his key midfielder. “It’s been a tough period for him, but for no doubt about his talent, his character. He’s a fighter; very competitive.”

“If he doesn’t play for the international team he needs to fight and win trust and confidence again. (But) In the end, he’s a great talent, only 21 years old, and sometimes we lose the focus on that.”