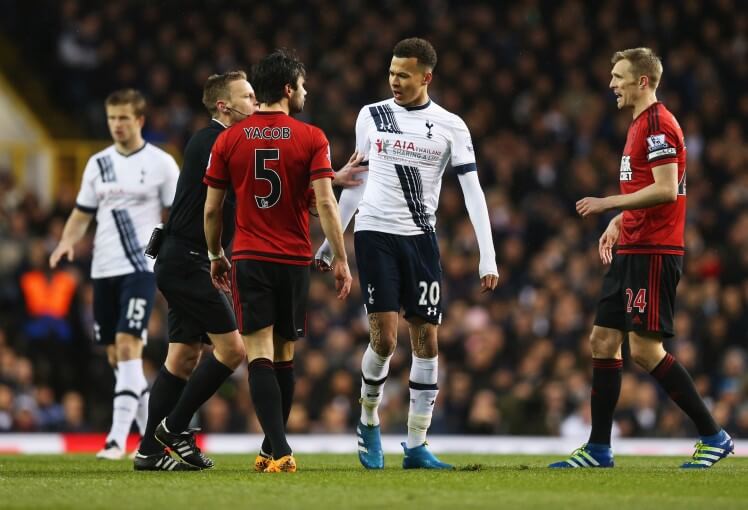 Tottenham’s already slim chances to catch up with Leicester City on top of the Premier League could be dealt a further blow as Dele Alli was charged with violent conduct by the Football Association.

Spurs were left frustrated as a sound West Bromwich team forced them to a 1-1 draw at home, in which defender Craig Dawson scored a goals at both ends at both intervals to redeem himself.

Tottenham players did spoke for themselves with a firm performance but could not find the net, hitting the woodwork three times instead.

The stalemate meant that Tottenham is seven points adrift of the Foxes, who in turn could win the Premier League should they defeat this weekend. May had expected that Leicester would be the ones to crack, but it seems that it was Spurs who buckled at the final dash.

The incident had escaped the attention of referee Mike Jones and Tottenham manager Mauricio Pochettino. It was also not included in the referee’s match report.

As in the case of off-the-ball incidents not seen at the time by the match officials, a panel of three former elite referees will be called in to review such an incident.

Each referee panel member will review the video footage independently to determine whether they consider it a sending-off offence. For retrospective action to be taken, and an FA charge to follow, the decision of the panel must be unanimous.

20-year-old Alli, who won the PFA young player award a day before, could face a three-match suspension which effectively rules him out for the rest of season if found guilty of his charges.

Thus far, Alli has been a hugely influential figure in his debut season for Tottenham, scoring 10 goals so far and had formed an impressive partnership with striker Harry Kane. It is natural to assume suspension on Alli could hurt Tottenham’s title chances even more.

Pochettino said that Dele Alli was also known for his personality.

“Sometimes the opponents find him and try to provoke,” the Argentinian coach said. “They know he has a strong character and may react.”

Alli has until 1800 BST on the 27th of April to answer his charges.