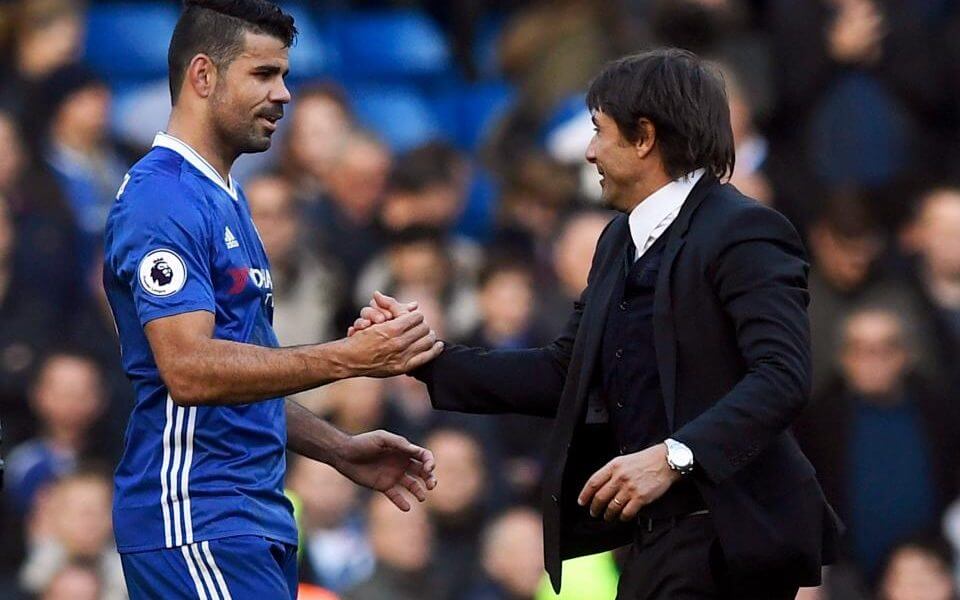 Diego Costa publicized a text message exchange with Antonio Conte in which the manager apparently confirmed the striker has no future with Chelsea.

Costa, 28, who is currently with the Spanish national squad after playing a significant role in helping Chelsea win the Premier League this season, has said that he will “have to find a way out” following the revelations.

“I’m going to be honest, the other day Conte sent me a message saying he does not count on me for next season,” Costa said in an interview. “so I’ll have to find a way out.”

In 2014, Costa joined Chelsea from Atletico Madrid for a reported £32m after spending four seasons with the Madrid club. At present, he suggested that he might be open to a return, despite the fact that the Spanish giants were being banned from signing players until the January transfer window after a failed appeal to the Court of Arbitration of Sport (CAS).

Costa also added that the transfer ban could further complicate his circumstances, as he would face sitting out the first half of next season even if Atletico made a bid deemed acceptable to Chelsea.

“I love living in Madrid but I have to think about my future,” Costa had said. “It’s complicated because I cannot go four or five months without playing. I have no preference for a league, I just want to play.”

The relationship between Costa and Conte were reportedly strained since the pre-season tour — at the time when the Italian first took charge of the club. Costa claimed that a back injury prevented him from playing a full part in the manager’s pattern-of-play sessions, and an angry clash with a fitness coach in the wake of Tianjin first expressing interest in January testing matters further.

Costa subsequently dropped for a league game at Leicester, with Conte claiming that was because of another back complaint and opting not to criticise the player in public after Costa was filmed enjoying a post-match beer in the dressing room following a win against West Bromwich Albion the previous month.