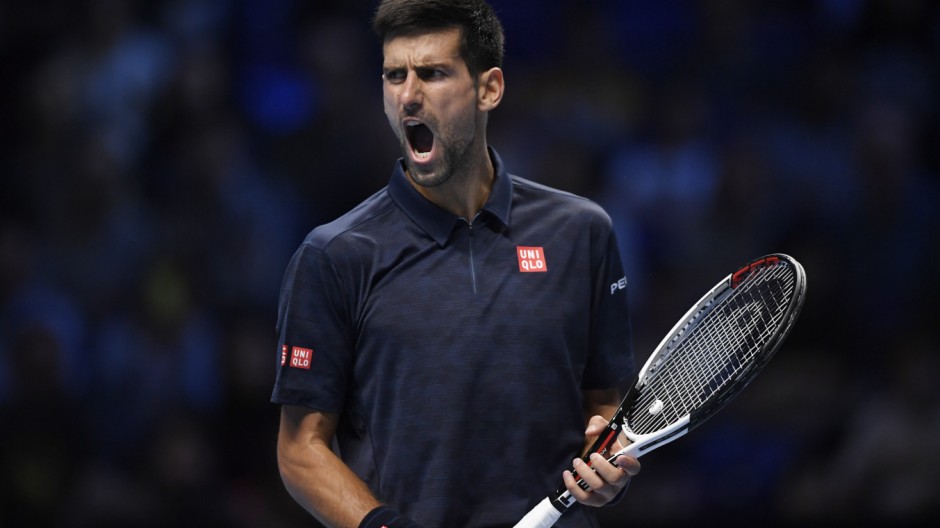 Novak Djokovic confirmed his place in the semi-finals of the ATP World Tour Finals after narrowly edging out Milos Raonic 7-6 (8-6), 7-6 (7-5).

The subject of much speculation during a relative slump in form since June, Djokovic produced a more convincing and formidable presence at the O2 Arena.

And despite a fine performance from Raonic, the defending champion made it 21 wins from his last 22 matches as he looks to regain his World No1 position on ATP rankings.

“Other than a couple of loose service games, I thought it was a good performance,” said Djokovic after the game. “This definitely can serve as a great wind in the back for the matches to come.”

Raonic had lost all seven of their previous matches, and won just one of 18 sets, but managed 42 winners to 11 as he made the running for much of the two hours and 14 minutes.

Djokovic served well to save three break points in the first set and edged through a gripping tie-break when Raonic double-faulted.

The Canadian fell behind early in the second but twice recovered breaks of serve, and while the 17,000 spectators roared with every punch and counter-punch, Djokovic began to leak errors.

Raonic had a chance to level the set but snatched at a forehand, and Djokovic came through a second tight tie-break to clinch victory.

“It’s just hanging in there mentally, staying strong and believing that the opportunities will arise,” said Djokovic.

“When they do you have to capitalise. I think one or two points separated us today. It could have gone either way, this match.”

The five-time champion will also the first to go through to the last four of the tournament, as Raonic goes on to face Dominic Thiem for the other semi-final place on Thursday.