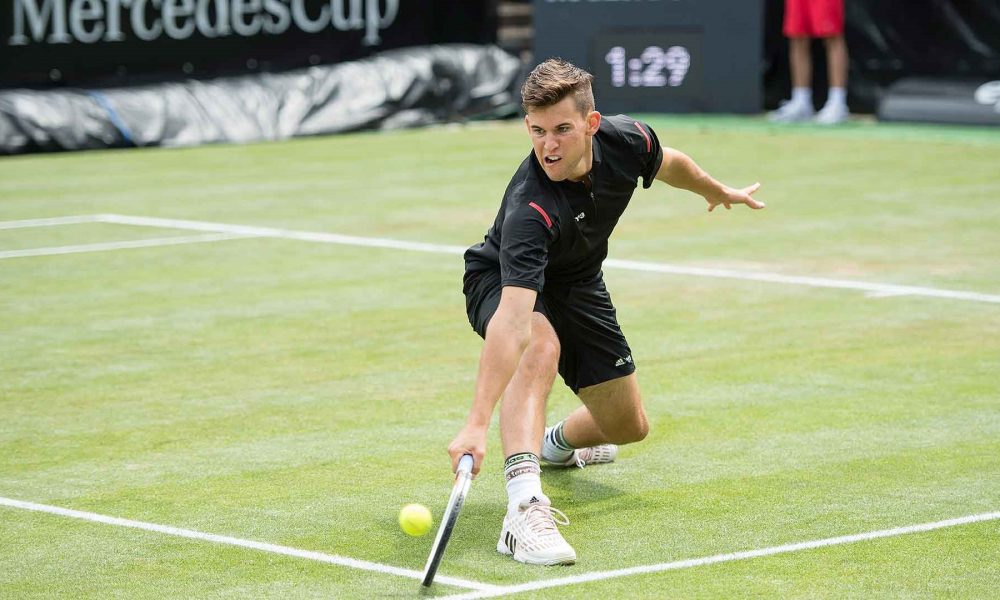 Austrian youngster Dominic Thiem pulled off a surprise victory against Roger Federer in Stuggart by 3-6, 7-6 (7), 6-4.

They met in a rain-interrupted Mercedes Cup semi-final in Tennis Club Weissenhof. Early on, Federer had threatened to end the game early after he pulls even in the second set despite being 5-0 down.

In the subsequent tiebreaker, Federer, playing on his favourite grass surface, squandered one match point with a smash into the net. He then wasted another as tried to serve and volley behind a second serve but was passed by an impeccable return.

Thiem then won the set with a smash. He went on the win the match as Federer delivered a backhand wide on Thiem’s second match point.

“I can’t believe it. To beat Federer on grass is a dream,” said Thiem after the match. “You need a little bit of luck to beat him on his best surface. I’m the happiest person on the Earth now.”

Earlier, Thiem had won against Federer on clay in the third round of the Italian Open before Federer took a month off due to a back injury. With three ATP titles already under his belt, he reached his first grand slam semi-final at the French Open, and leapfrogged to No7 in World Rankings.

His current encounter against Philipp Kohschreiber in the final was as it ties at 6-6 in the first set. The match delayed till Monday due to rain after the first set.

Indeed, the weather had not been ideal in Stuggart Thiem’s match against Federer either. It was twice interrupted by rain for 30 minutes; the second delay came immediately after Thiem broke for 4-3 in the third set.

On the other hand, Federer has not won a title this calendar year. There were injury issues that plagued the serial grand slam winner, first a knee surgery after the Australian Open, flu in the States and a back injury that forced him out of the French Open. But the 34-year-old remains optimistic.

“Any match you lose is disappointing. But to lose when you have match point means it was a close one,” he conceded. “We both had our chances throughout. After coming back from 0-5 in the second, it was tough to lose the tie-break.”

“It was a tough match for both of us,” Federer added. “I could have played better at some of the bigger moments. At the same time, Thiem came up with some really good shots when he needed them. It’s just unfortunate. It’s just a matter of working hard and maybe things will go my way next time.”