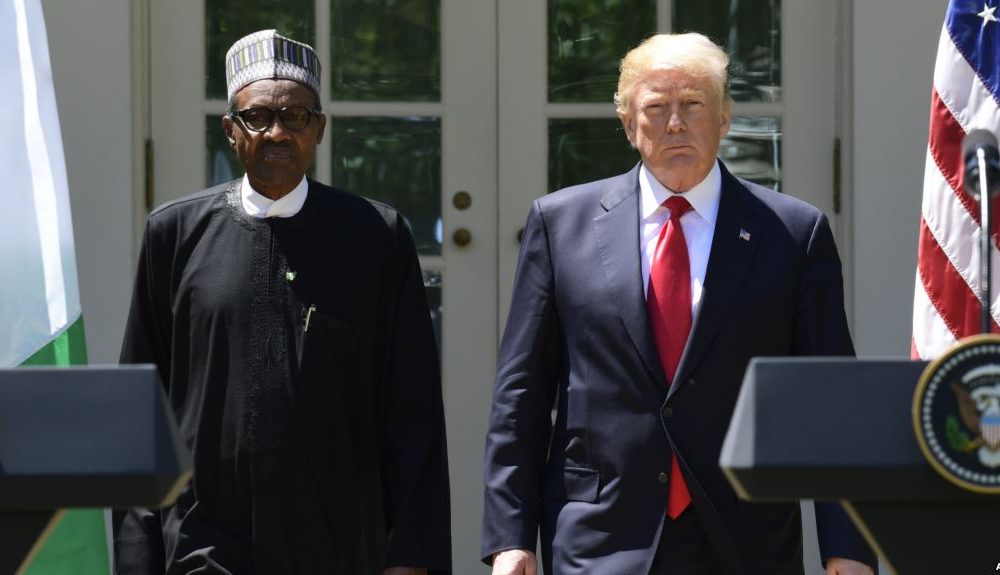 Donald Trump repeated his appeal to foreign nations to support the United States’ joint bid with Canada and Mexico for the 2026 World Cup during a press conference on Monday.

“I hope all African countries and countries throughout the world, that we also will be supporting you and that they will likewise support us in our bid, along with Canada and Mexico, for the 2026 World Cup,” Trump said in a joint White House press conference with Nigerian president Muhammadu Buhari.

“We will be watching very closely, and any help they can give us in that bid we would appreciate,” he said.

The US president was speaking in the Rose Garden alongside Buhari, the first African leader to visit the White House during his presidency, following their one-on-one bilateral meeting and working lunch.

The comments on the World Cup directly followed Trump’s assertion that the United States hopes “to be the economic partner of choice for nations across the continent and all around the world”.

“You see what’s happening with respect to trade and the United States,” he said. “We are being respected again.”

Morocco is the lone competitor in the race to stage the quadrennial tournament to the ambitious three-country bid spearheaded by the United States, which under the current proposal would host 60 games — including every match from the quarter-finals onwards — with Mexico and Canada splitting the remaining 20 fixtures equally.

FIFA will announce the host at a meeting in Moscow on 13 June.