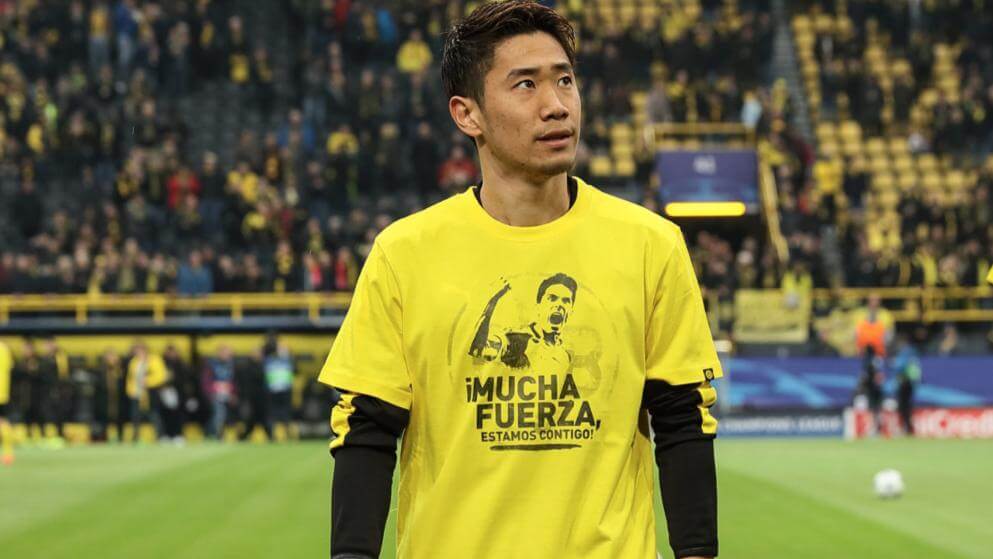 Borussia Dortmund’s Japanese midfielder Shinji Kagawa revealed that he is “still frightened” after an attack on his team’s bus on 11 April.

Three explosions struck the bus that had been carrying Borussia Dortmund players to their home ground of Westfalenstadion for their Champions League quarter-final match against Monaco.

“I was scared. I’m still scared to be honest. I’m scared to get on the bus, scared to go to games. I was scared on the bus from the hotel to the stadium in Monaco [for the second leg a week later],” Kagawa said.

“I used to think things like war and terrorism were distant things to me. But after this happened, I feel it’s not something that happens to other people, the danger is always present.”

Kagawa’s teammate, defender Marc Bartra had an operation after breaking a bone in his wrist in the attack, with the game postponed until the following day.

“Everyone is on board, the bus rolls out as usual. About 100 meters maybe. There was a big bang. I was startled. What had happened? I didn’t really know,” Kagawa recalled in a blog post to mark the end of the Bundesliga season.

The former Manchester United player wrote that some teammates called forward, yelling “drive” or “get us out of here,” but that he himself was rendered speechless and motionless with fear.

“Another 100 meters, then we stopped. I looked behind and saw the windows shattered. I saw Marc (Bartra) hunched over. I was – all of us were aghast.”

Investigations concluded that three explosive devices packed with metal pins were hidden in a hedge and set off as the bus passed, adding later that the motive for the attack was financial and not terror-related. Authorities had also charged a man identified only as Sergej W.