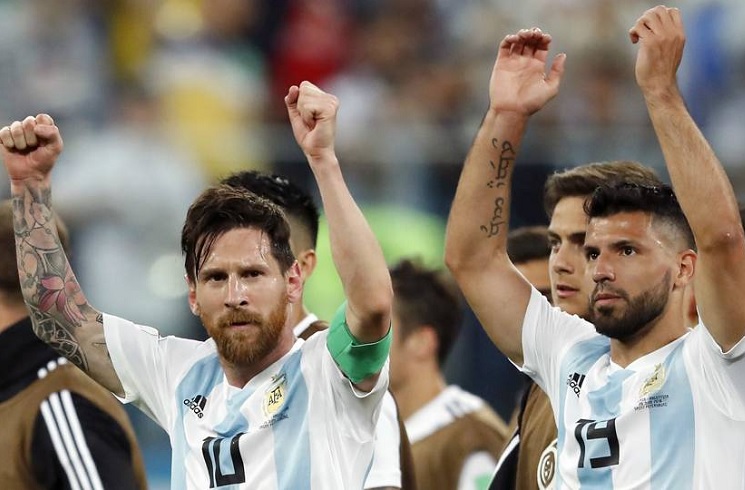 An emotional Angel di Maria scored a goal and assisted another to win 3 points for Argentina in the group stages of Copa America Centenario.

Playing against Chile, Di María slotted home a fine through ball from Ever Banega, after 51 minutes. He then played the role of provider for Argentina’s second, passing a similar delivery to Banega for the midfielder to drill low past opposition keeper Claudio Bravo to score his first ever goal in the competition.

Jose Pedro Fuenzalida pulled a consolation strike back for Chile in the third minute of stoppage time, and the rematch of last year’s Copa America final ended at 2-1.

After his goal, Di Maria held up a T-shirt reading “Grandma, I’ll miss you very much,” after she died earlier on Monday.

“I am so happy because I was able to score. It was for my grandmother and my family that are having a difficult time,” an overwhelmed Di Maria said after the match.

“In the morning when I knew what happened I knew that I would score today, and that happened, and it was for her. I was afraid of not playing, but if I didn’t play, my grandma was going to get mad.”

Argentina national coach Gerardo Martino was unaware of Di Maria’s troubles when he picked the Paris St-Germain forward, but was impressed with the composure Di Maria had shown.

“Those are very important circumstances and aspects of life that transcend football,” Martino said. “He didn’t tell me anything. He was feeling good to play. Not all people respond the same in those situations.”

But it did not matter to the crowd in Levi’s stadium that Di Maria showed brilliance to lift Argentina through its most difficult group stage match against one of the toughest teams in the game. Little acknowledgement was shown for his contributions, even a little cruel given his loss.

Instead, the sell-out stadium cried for out-of-commission Lionel Messi, chanting his name incessantly throughout the match.

Meanwhile, Argentina remain in search of their first major title since the 1993 Copa after losing to Germany in the 2014 World Cup final. Their victory lifts them to the top of Group D, level with Panama on points and goal differences.