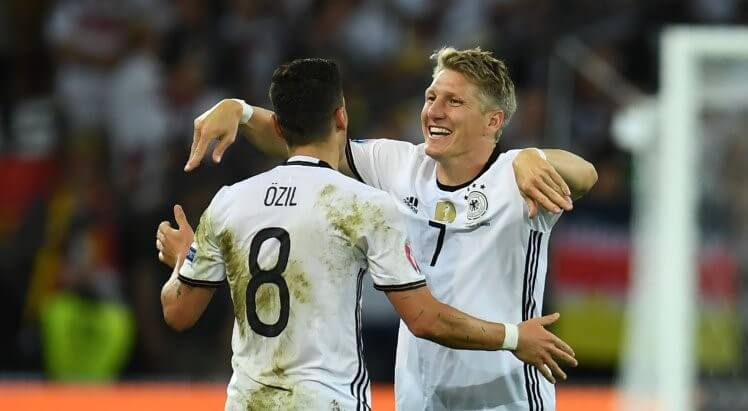 West Ham’s Dimitri Payet scored an emotional late winner for France, ending the game against Romania by 2-1 as the hosts looked fated to suffer frustration in their opening game.

Olivier Giroud had scored the tournament’s first goal, only to have it levelled by a Bodgan Stancu penalty that was conceded by Patrice Evra.

Meanwhile, Switzerland was also able to collect the full 3 points after Fabian Schar heads one in after just 5 minutes. The goal proved vital as the Swiss team wrapped it up with by 1-0.

Although they played with only 10 men as captain Lorik Cana received a second yellow for handball, Albania failed to convert their chances in the hotly contested game in Lens. Gareth Bale’s early free kick goal had been cancelled out by a spirited Slovakian comeback in the second half, as Ondrej Duda cancelled out the Real Madrid star’s contribution.

Then, in the 81st minute, Joe Ledley played a superb long pass to Aaron Ramsey, who nicked the ball past Martin Skrtel and into the path of Robson-Kanu. The substitute had the slightest of touches, but managed to slide the ball through the legs of Durica and beyond the goalkeeper.

With that, Wales held on for glory and finished the game at 2-1 to the delight of their fans and much Welsh song.

Meanwhile, England was forced to endure frustration as their match against Russia ended at 1-1.

But that was not the only highlight sin Marseille. Well before and after the match, crowed troubles marred the event as fans of both teams resorted to physical violence that left the stadium in chaos. UEFA had since handed both national teams disqualification warnings should they fail to keep their fans in check in the future. Germany had a typical day in their group match as Bastian Schweinsteiger and Shkodran Mustafi each scored a goal for the World Champions to settle their match in convincing fashion.

In the other group match, Poland managed just a goal, but that was all they needed to trump Northern Ireland.

Republic of Ireland vs Sweden (0-1)