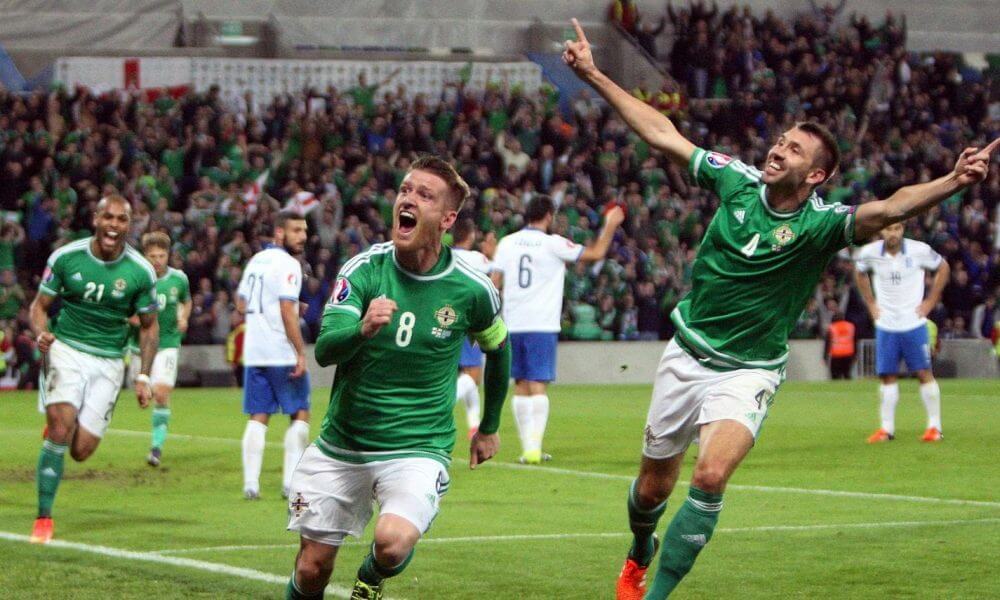 France left it late again as Antoine Griezmann finally finds his mark while Dimitri Payet scores his second in the European tournament to sink Albania by 2 goals to nil.

Griezmann ended Albania’s stubborn resistance by heading in Adil Rami’s right-wing cross, while Payet sealed the game with the final kick. Both attempts were the game’s only two shots of target.

Meanwhile, Switzerland conceded a penalty early on, and were forced to equalize after the break.

Referee Sergei Karasev pointed to the spot after Stephan Lichsteiner grabbed a handful of Alexandru Chipciu’s shirt inside the box, and Bogdan Stancu puts it in despite stumbling as he struck the ball.

Switzerland was lucky to have even a point as they strived to find a way past their resolute opponents. It was also a rare error on Romaina’s part; a corner was mistakenly cleared to Admir Mehmedi’s path, and his subsequent first-time strike from 12 yards was good. England gets their first win in the European Championship with a comeback victory against Wales by 2-1.

Gareth Bale opened the scoreboard with a 30-yard free kick direct shot just before the break; a lapse from England keeper Joe Hart allows the ball to slip within the post and into the back of the net.

It was effective, England dominated the entire game. But while the Welsh team was effectively suppressed, they defended solid enough to keep them out up until injury time. Then Sturridge sealed their fate as he work his way into the area and poke past keeper Wayne Hennessey.

Meanwhile, Slovakia also celebrates their first 3 points in Group B after winning against Russia. Marek Hamsik sets up Vladimir Weiss, who cut inside and side-footed Slovakia ahead. He then scored a dazzling one for Slovakia’s second as he received a short corner out wide before firing a shot in off the post.

Russia, who face disqualification if their fans misbehave inside stadiums, dared the wrath of UEFA as a flare ignites among their supporters when Denis Glushakov headed in their consolation goal late on. Northern Ireland made a historic win over Ukraine with a solid 2-0 score to mark their first win at a European Championship.

Early in the second half, Gareth McAuley headed in a perfectly delivered free-kick from Oliver Norwood before a hailstorm in Lyon forced the players off for two minutes. After the delay, Nial McGinn finished bottom-placed Ukraine off at injury time as he pounced on a rebound, earning Northern Ireland’s first major tournament finals in 34 years.

Ukraine’s elimination was then confirmed as Germany drew goalless against Poland later, which in turn ensures that Northern Ireland could confirm themselves in the knockout stages.

Belgium vs Republic of Ireland (0-0)