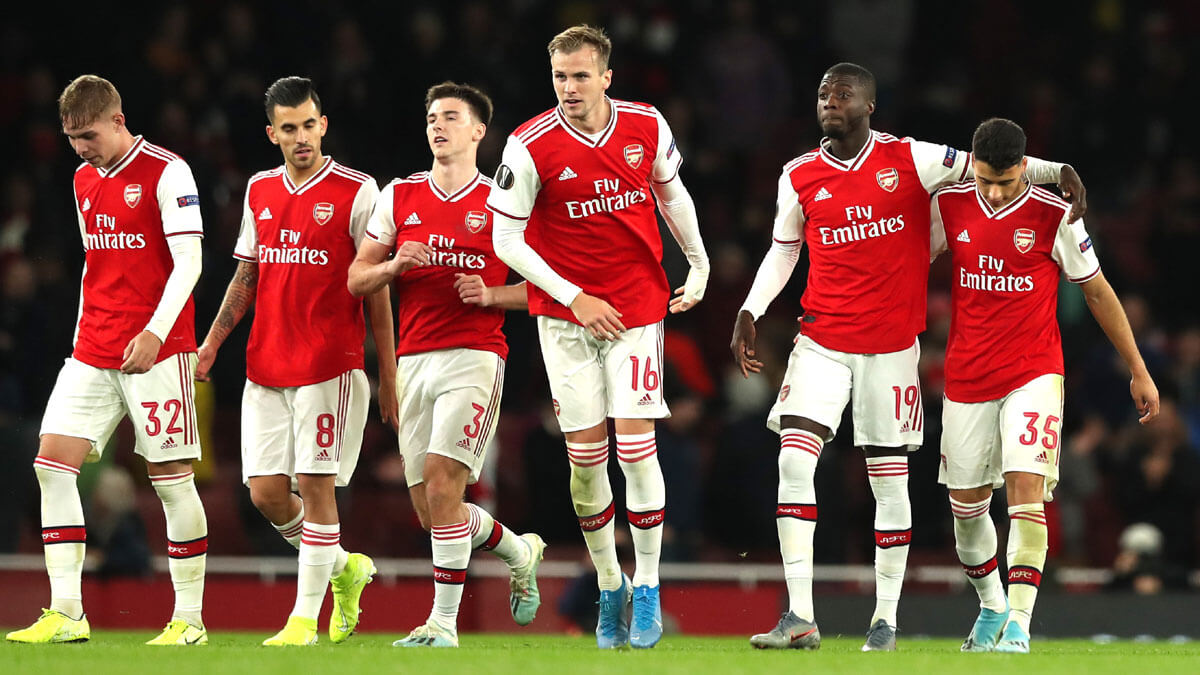 Arsenal came from behind to beat Cologne by 3-1 in their Europa League encounter that had to be delayed for an hour following crowd trouble.

Arsenal had fell behind early when, after receiving a poor clearance from Gunners keeper David Ospina, Cologne’s Jhon Cordoba controls the ball then fires the ball towards the Arsenal goal with Ospina out of position, who could only look in despair as Cologne led after just 10 minutes.

The Gunners mustered a reply but only after half-time, when Arsene Wenger brought in Sead Kolasinac in place of Rob Holding. Theo Walcott’s attempt to cross from the left side of the box was blocked, but it ricocheted into Kolasinac, who made no mistake in his first-time volley effort and equalized.

Finding the winds in their sails, Alexis Sanchez then doubled Arsenal’s lead with an incisive run infield, culminating with a successfully converted curling effort from the edge of the box.

Bellerin then sealed the win for Arsenal from close range, tapping in a rebound after another Walcott effort was saved.

Before the game started, the match had to be delayed by an hour “in the interests of crowd safety”.

There had been thousands of ticketless away supporters who turned up outside the ground, and scuffles had ensued between fans and stewards inside after the gates opened. Police later said that five people had been arrested on suspicion of public order offences.

However, there was no reports of trouble during the game itself, where the German side had only been given a ticket allocation of 2,900.