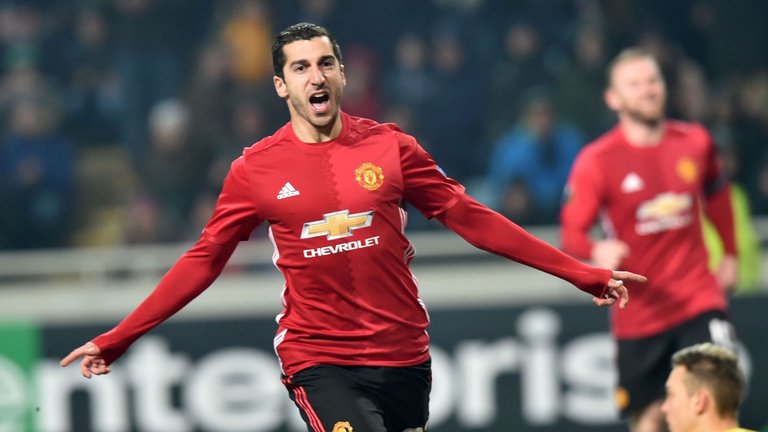 The former Borussia Dortmund playmaker scored his first goal for the Red Devils after a dribble from the halfway line along with a clinical finish after half-time.

A key save from Sergio Romero maintained the lead before Zlatan Ibrahimovic ran past the Zorya defense to slot home as United progressed behind Fenerbahce, who won at Feyenoord.

Jose Mourinho’s team are now favourites for the competition with most bookmakers, but in finishing second in Group A, they go into Monday’s last-32 draw unseeded.

Mkhitaryan, who signed for £26m from Borussia Dortmund in the summer, had struggled for first-team appearances, but now gradually settles into the team after starting his third game in a row and scoring his first goal for United.

Indeed, United struggled to create clear openings until he opened the game up with his solo goal. He made a key difference on the night amidst difficult circumstances.

“It can be [a weight off the shoulders] because I was waiting a long time for this goal and hoping that I score,” Mkhitaryan said after the match.

He would have the opportunity to do just that, as United welcomes Tottenham at as hosts this Premier League weekend. Spurs themselves enjoyed a consolation 3-1 victory over CSKA Moscow after their elimination from the European tournament was all but confirmed by defeat at the hands of Monaco.