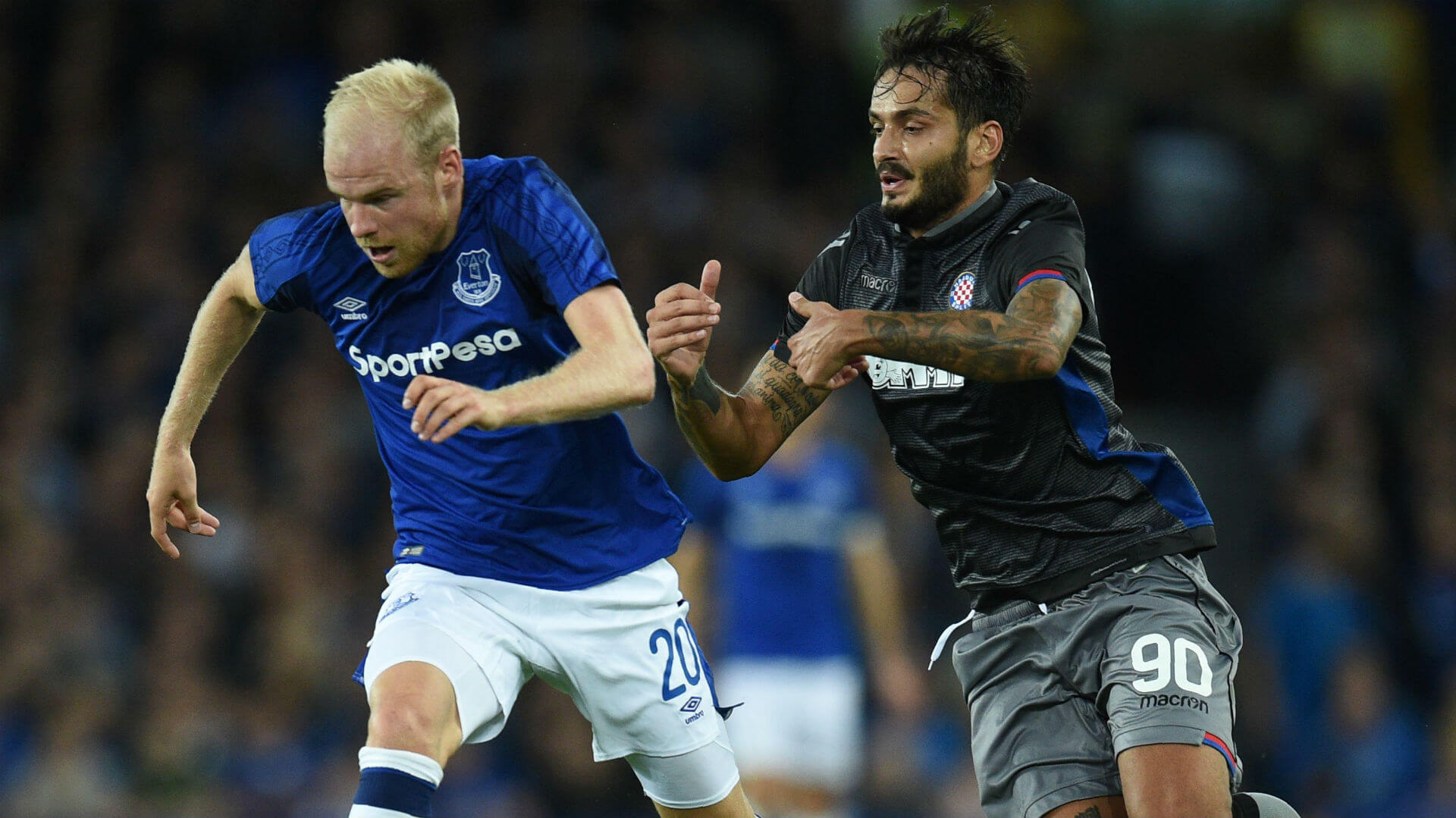 Everton secured a spot in the group stages of the Europa League after a 1-1 draw away against Hajduk Split.

With a 2-0 lead from the first leg, Everton only need a draw or a one-goal loss to advance, and for most part of the first-half their disciplined and measured plays ensured that they could secure such a result.

However, Hajduk Split looked to shake things up just two minutes before half-time, with Josip Radosevic letting fly a swerving 35-yard shot that beats Jordan Pickford in the Everton goal.

But it did not take long for Everton to respond, as their £45m club record signing Gylfi Sigurdsson pay due to his transfer fee on his first full debut with a stunning volley.

Starting a move by closing down a loose ball on the right, as he was falling backwards by doing so, the Icelandic playmaker sent a looping, angled volley over the goalkeeper Dante Stipica and into the back of the net from 50 yards.

Everton coach Ronald Koeman said after the game “I saw Gylfi’s goal, but I don’t think everyone on the bench did. It was incredible. I don’t have any other word for it. You need to be clever to see that possibility and after two or three weeks of the season, it could be the goal of the season [already]. It was really important to be level so quickly in the second half.”

Split, needing three goals to counter the away goal rule, could have regained their lead as Ashley Williams conceded a penalty for a clumsy challenge, but the spot kick was well saved by Pickford this time around. The penalty save was key as well because there were still 30 minutes to go at that time,” said Koeman.

However, Everton will have a more difficult test ahead as they travel to Chelsea on Sunday, with Koeman also revealing that the Senegal midfielder Idrissa Gueye had been rested with a slight hamstring problem.