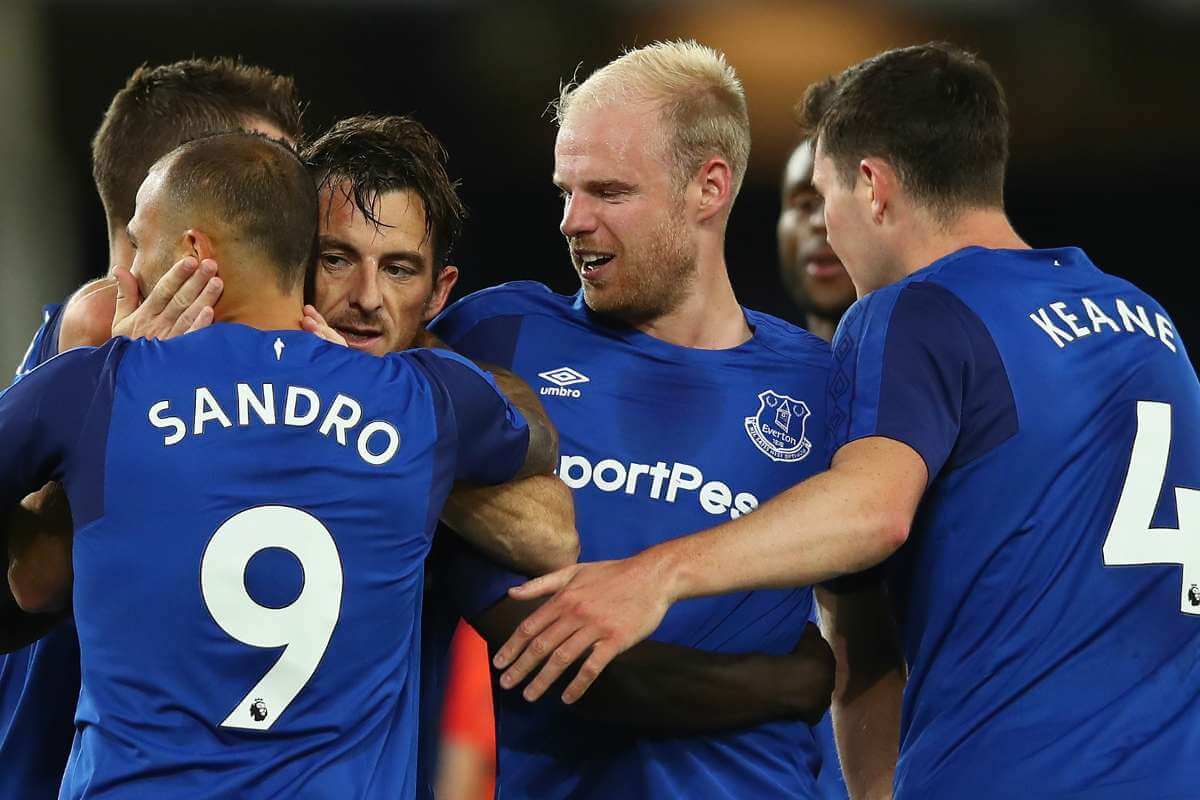 Everton took a firm 2-0 lead against Hajduk Split in their first of two legs in the playoff round of the Europa League amidst crowd troubles at the Goodison Park.

The Toffees took the lead when Dante Stipica’s weak punched clearance at a corner was seized on by Leighton Baines, who then easily picked out Michael Keane for the centre-half to nod in from close range for his first goal for the club.

But play was quickly stopped soon after for five minutes. In the 33rd minute, travelling Hajduk fans, who had been packed into a corner of the Bullens Road stand, surged towards the Goodison Park pitch together and threw objects while stewards fought to restore order.

Wayne Rooney had a goal disallowed for what looked a tight offside call after play resumed, and in the seconds before five minutes of added time was announced Everton increased their lead through Idrissa Gueye who slide a low shot into the bottom corner.

On the other end of the pitch, Jordan Pickford produced three fine saves as the Croatian pressed more in the second half, including a smart save low to his left from Franck Ohandza to stop the visitors netting a potentially crucial away goal.

Everton coach Ronald Koeman could have been pleased with the result ahead of their second leg — especially in the knowledge that a win, a draw or a single-goal defeat could guarantee their place in the Europa League group stage — but the Dutchman was not over the top celebrating.

“I was really happy with the first half, really unhappy with the second,” Koeman said after the match. “We dropped the tempo too much after going two up, and that scoreline was not the maximum we could have taken from the game.”

“Winning 2-0 is fine in the Premier League, you get three points, but here we have another game to play and we have made it more difficult than it needed to be.”