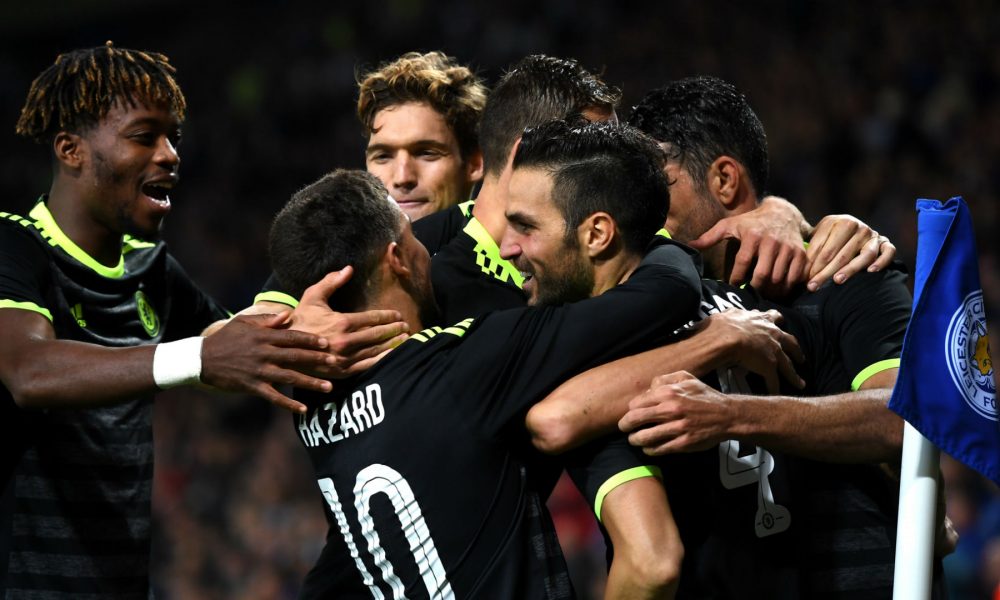 Cesc Fabregas scored two goals early in extra time to help Chelsea defeat Leicester City by 4-2 in the third round of the League Cup.

The Foxes were largely dominant in the first half; Shinji Okazaki’s header and instinctive strike had brought the Premier League Champions 2-0 up.

However, Chelsea pulled one back through Gary Cahill’s header a few minutes before half time, while Cesar Azpilicueta equalised with a long-range strike.

Marcin Wasilewski was then sent off for elbowing Diego Costa, reducing Leicester down to 10 men. Still, both sides could not find a winner, and the game went on into extra time.

Dazed and slow to recover, Leicester players allowed Fabregas space to pounce on keeper Ron-Robert Zieler’s poor clearance, and also for the following rasping drive past the goalkeeper.

Fabregas, who had only been given 32 minutes of play in the Premier League this season, has surely given his new manager Antonio Conte some food for thought.

As Chelsea win deservedly to book a place in the last 16, Leicester could still revel in their performances that showed incisive attacking and compact defending – elements that helped them win the title last season on show.