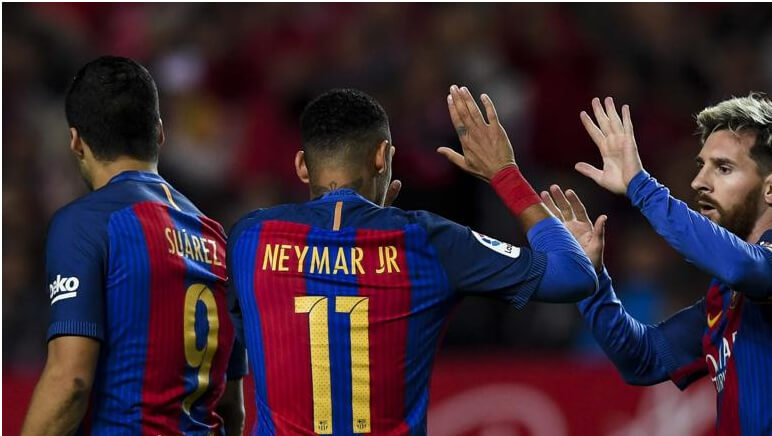 FC Barcelona will be reporting Malaga president Abdullah Al-Thani to Spain’s sports authorities for his comments made on Twitter.

The incident began with a Barcelona fan sending a message to Thani on Twitter asking if Malaga could do them a favour in the La Liga title race and beat Real Madrid when both teams meet on the final day of the season.

Thani replied, in Arabic: “With the help of Allah we will beat them on the pitch, but the scum of Catalonia will not smell the championship after telling lies about coach Míchel.”

In an interview earlier this week, Míchel was reminded of the former Tenerife coach Jorge Valdano, a former Real Madrid player whose side delivered victories over his old club that helped Barcelona win the title in both 1992 and 1993.

Míchel, who spent 20 years with Madrid as a youth and senior player, responded: “The difference between Valdano and me is that I’m much more of a Madridista.”

After Thani’s tweet, Barca has issued an official statement saying that the Thani’s tweet would be reported to governing authorities.

“FC Barcelona expresses its rejection and indignation at the contents of a tweet published by the president of Malaga CF, Abdullah al-Thani, with comments which violate the principles of fair play, ethics and legality that should govern sports competition,” the club statement read.

“For this reason, the club will report this case to the anti-violence committee of the national sports council, and will refer the matter to the competition committee of the Royal Spanish Football Federation and the La Liga integrity department.”

However, Spanish media later reported a claim from Thani that he was referring to the Catalan media rather than to Barcelona.

Another statement in Arabic on his Twitter account was reported by AS as saying: “These words were directed towards the Catalan press, who said that Michel would throw the game. It is unacceptable, we don’t throw games. They should plead forgiveness for the things they have said about him.”