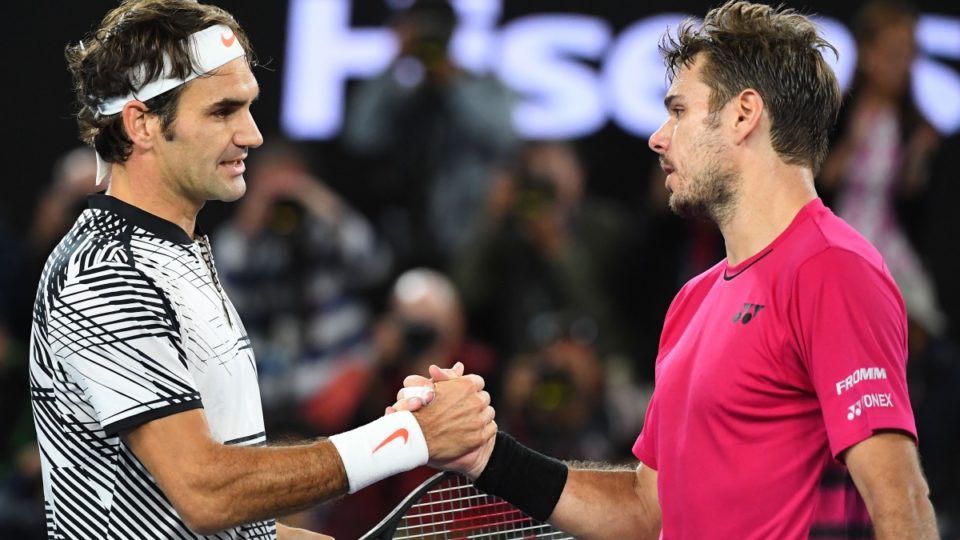 Roger Federer will compete for his 18th grand slam singles title after his triumph against fellow Swiss Stan Wawrinka in a short but tense five-set Australian Open semi-final at the Rod Laver Arena.

Although the Swiss Maestro was returning from a six-month lay-off to rest his left knee, there was no sign of any lingering aftereffects as the 17-time grand slam winner cruised to three early break points before converting his first set point, on Wawrinka’s serve, right on the 12th game.

Federer broke for the second time at 2-3 in the second set, and a frustrated Wawrinka smashed his racquet in two over his left knee and, after the set, left the court with a trainer for treatment to his other knee.

In some way, it helped as Wawrinka came back superbly to win the third set in 26 minutes, and the 31-year old broke Federer in the ninth game of the fourth set to take the match to a decider.

Federer went courtside for treatment too, before coming back fighting and breaking Wawrinka in the sixth game as the US Open champion double-faulted on break point.

An unyielding Federer went on to complete a stunning victory to the delight of the majority of fans in Rod Laver Arena.

“I couldn’t be happier right now,” said Federer. “I felt like everything happened so quickly at the end, I had to check the score.”

“I never ever in my wildest dreams thought I’d come this far in Australia. It’s beautiful, I’m so happy.”

Federer Is now the oldest player to reach a Grand Slam final since Ken Rosewall did so at the 1974 US Open at the age of 39.

While his current unprecedented run in the grand slam event had seen him defeat two top-10 players — Tomas Berdych and Kei Nishikori before reaching the semi-final, his arch-rival Rafael Nadal could be the one meeting him — in a battle potentially reminiscent of their golden days — in the grand final for the tennis major trophy.