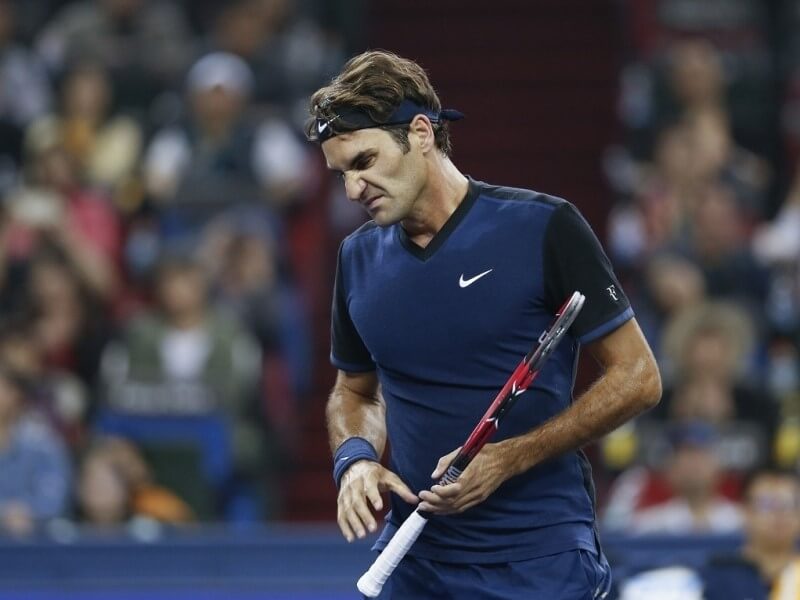 Spanish qualifier Albert Ramos-Vinolas has stunned Roger Federer in the second round of the Shanghai Rolex Masters after beating the second seed 7-6(4), 2-6, 6-3 on Tuesday evening.

Going into the contest, the No. 70-ranked Ramos-Vinolas was 0-15 against Top 10 players and had won just two sets.

But the 27-year-old Spaniard played fearless tennis as he shocked defending Shanghai champion Federer in just over two hours.

Federer failed to convert two break points in Ramos-Vinolas’ opening service game and would rue his missed opportunity as Ramos-Vinolas went on to sneak the first set in the ensuing tie-break.

The Swiss hit back strongly in the second set, breaking in the fifth and seventh games to level the match, but could not carry his momentum into the deciding set.

Ramos-Vinolas earned a crucial break in the eighth game and went on to serve out victory to 30.

Federer was playing for the first time in three weeks, since helping Switzerland to a Davis Cup World Group Play-off victory over The Netherlands.

The Basel native has already punched his ticket to the year-end Barclays ATP World Tour Finals and was looking to win his sixth title of the season this week.