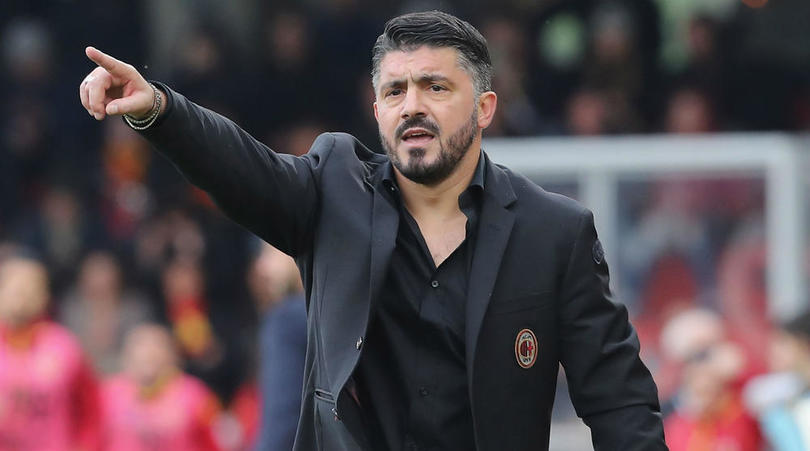 AC Milan boss Gennaro Gattuso says the club’s “shirt deserves respect” after a “burning defeat” by Rijeka as his team concluded their Europa League group stage fixtures with a loss.

Gattuso, 39, has previously managed Sion, Palermo, OFI Crete, Pisa and Milan’s youth team, but was especially unhappy with £33m summer signing Andre Silva, who has yet to score in Serie A.

“He struggled. He looked like a foreign object in the team,” said the former Italian national. “When you have the opportunity to play for 90 minutes wearing AC Milan’s shirt you have to do more.”

Already assured of top spot in Group D, Gattuso made changes, for only his second game in charge, with their Europa League last-32 slot already guaranteed — but he was not impressed.

AC Milan failed to put a single shot on target, with midfielder Manuel Locatelli set to miss the first leg of the round of 32 after picking up a booking.

“I was expecting more, this was a pretty poor show,” he said. “We need to turn things around and a change in mentality. We need more intensity and desire and all these things weren’t there.”

“We needed a win as a morale booster. Sunday’s (Serie A) match against Bologna is now even more important and we can’t make any mistakes.”

Croatian side Rijeka, who were already eliminated, won 2-0 thanks to goals from Jakov Puljic and Mario Gavranovic.

Puljic gave the hosts the lead in the seventh minute by curling in a free kick out of the reach of goalkeeper Marco Storari, while Gavranovic bundled the ball over the line from six yards early in the second half.

“I take full responsibility for the choices I made,” said Gattuso. “I would make them again as we have to play important games every three days. We tried to give some playing time to those who needed it.

“This is how things have been going lately, unfortunately, we concede at the first opportunity. The boys gave it all, trying to play differently, but it wasn’t enough.”