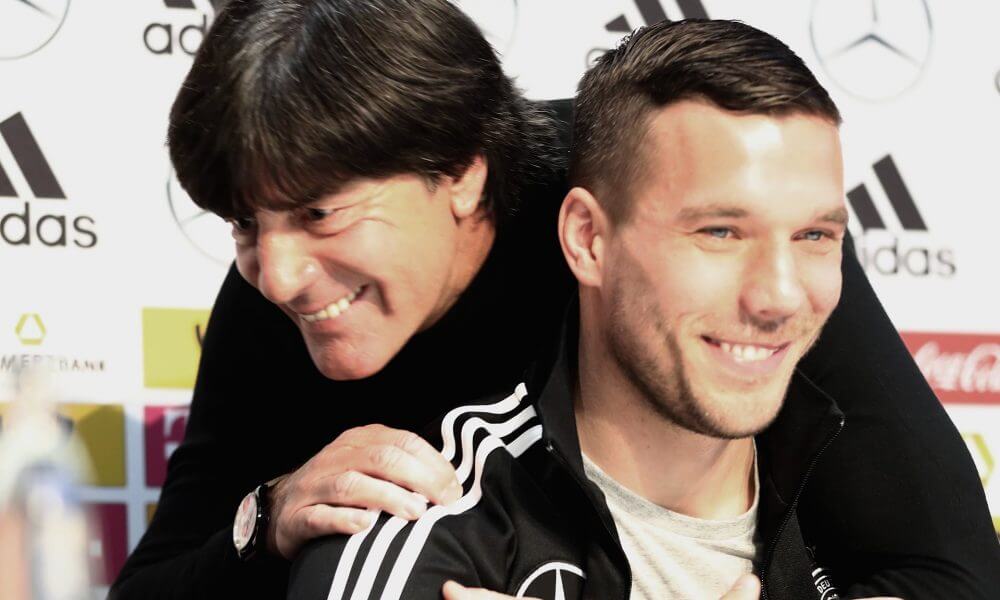 Lukas Podolski will receive a fond farewell when Germany plays England in an upcoming friendly, as the winger grew into one of the country’s greatest players, according to team coach Joachim Low.

Podolski will earn his 130th and final cap and start as captain for the first time in the friendly in Dortmund. Podolski, 31, made his debut for Germany in 2004 and became his country’s third most-capped player and is fourth in the top scorers’ list with 48 goals.

“He is a unique specimen, no one can really replace him,” Low said. “For me it will be a beautiful moment but a sad one because he was one of the greatest players ever to come out of Germany.”

“Lukas and myself have gone a long road together. We have gone over many hurdles, many tournaments, disappointments but also the biggest joy as coach and player with the World Cup victory in 2014. So the stage tomorrow is appropriate. Germany against England is the right atmosphere.”

However, it can be surmised that the friendly could be less revealing of the depths of Germany’s squad as a number of players including Mesut Ozil, Julian Draxler and Mario Gomez will miss the friendly. Die Mannschaft were already without the injured goalkeeper Manuel Neuer, with Low having called up Kevin Trapp as a replacement.

Low said the trio were nursing minor injuries and would need a few days to recover as the world champions taking on Azerbaijan in a World Cup qualifier in Baku.

“Those who will not play tomorrow are Ozil, who has some muscle problems. Julian Draxler has the same injury, an upper thigh muscle,” Low said. “Mario Gomez has an adductor muscle injury and may need a few days.”