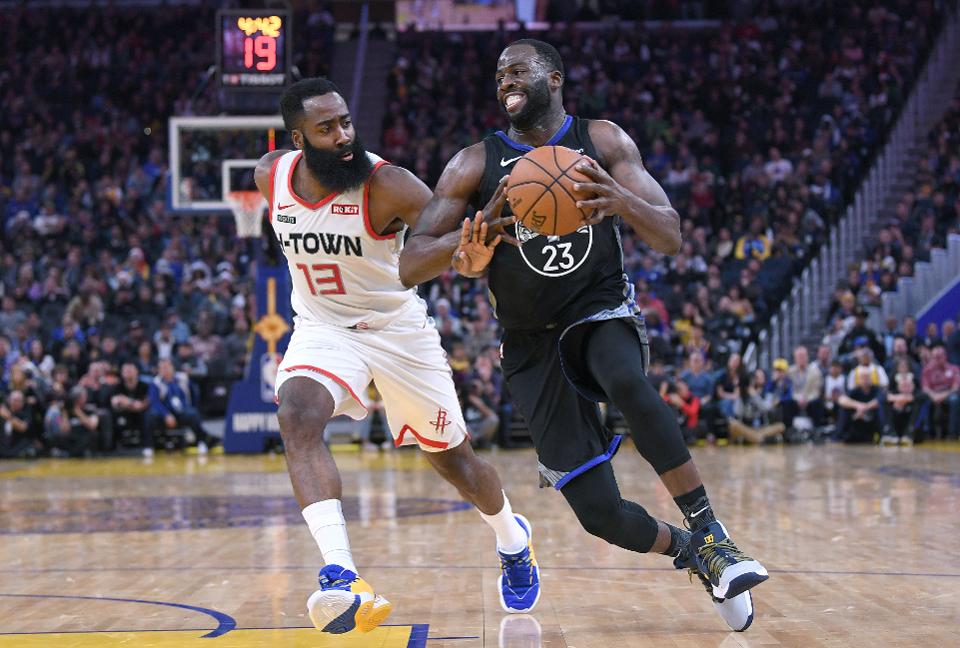 The Golden State Warriors marked their NBA playoffs opener with a bang, as the team does well to suppress the Houston Rockets by 104-78 albeit on home ground.

Reigning MVP Stephen Curry did Stephen Curry things in whatever time he had in the first half, as a tweaked ankle finally slow the baby-faced killer down.

He utterly flustered defensive Patrick Beverley. But as Jason Terry took his turn to stop Curry, Curry simply pulled up for long 3s and drove the baseline for reverse layups on the left side. He dribbled right through traffic in the paint late in the first half before double-pumping and beautifully spinning the ball off the glass.

But after scoring 24 points, he rested as the rest of his team completed the job.

“Right now I don’t see a scenario I would be out,” Curry said post-game. “Pain tolerance, all that stuff, I kind of know what I can deal with on the court.”

But the rest of the Warriors showed concern with the inclusion of Draymond Green, who helped himself to 12 points and 10 rebounds.

“You lose the MVP of the NBA it definitely changes your team,” Green said. “There’s some concern.”

Even as his status for the next return game seems uncertain, everything the Rocket threw at the Warriors: lineup-change, physical against curry and changing offense leaders were futile.

Rockets fans were even more disappointed as they saw their players bicker on the bench, and at one point, interim coach J.B. Bickerstaff had to go loud during one timeout before charting a play.

Houston trailed by a postseason franchise-record 27 points at halftime, but the locker room did not resemble a team that believed that their season was over. They just need to James Harden going despite his flopping.

Harden scored 17 points and did not even get a free throw attempt for a cold-shooting Houston, held to six field goals in the first quarter of the rematch from last year’s Western Conference finals, won by Golden State in five.