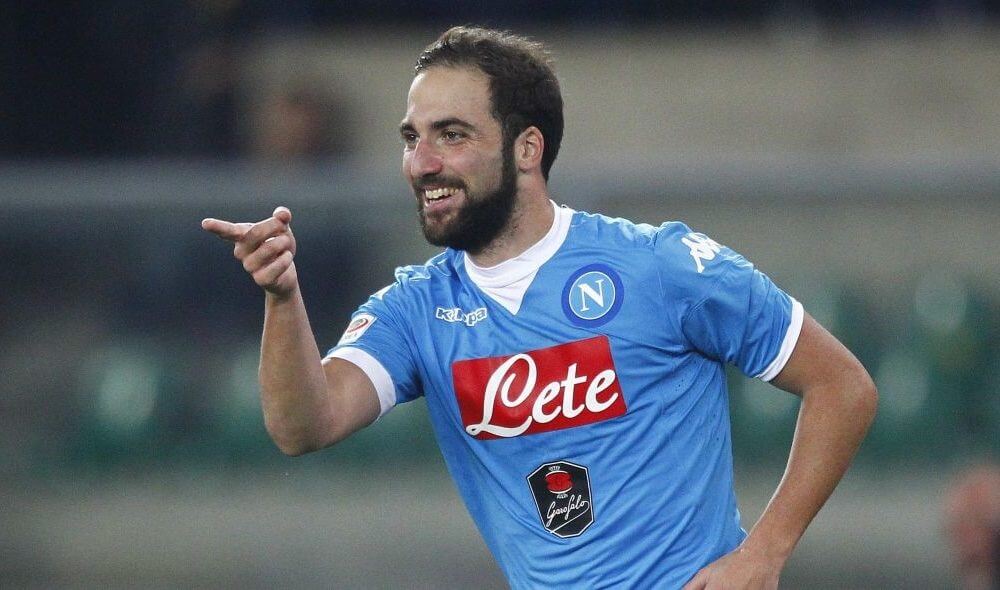 Gonzalo Higuaín is now the third most expensive player in history after signing for Juventus from Napoli in a deal worth £75.3m.

Higuain’s transfer had been confirmed as his name surfaced on a list of completed deals on the Serie A website. Napoli subsequently Tweeted that Juventus had met the release clause for the player.

A statement on the club’s official website reads: “Juventus can today confirm it has purchased the registration rights of Gonzalo Higuaín for €90m (£75.3m), payable in two financial years. The player has agreed a five-year contract.”

Many speculated that Juventus is using capital expected from their sale of Paul Pogba back to Manchester United, but the Serie A Champions assured everyone that it was otherwise.

The deal also places Higuain behind Real Madrid stars Gareth Bale (£85m) and Cristiano Ronaldo (£80m) on the record list of most expensive players. It is also the biggest domestic deal in Italy.

Higuain, 28, scored 36 goals in 35 Serie A games last season as Napoli finished second in the table, nine points behind Juve. The tally is league record-equalling, and won him the Capocannoniere – Serie A’s golden boot.

The Argentine striker began his career with River Plate in Argentina, before moving to Europe with Real Madrid.

During his time with the Galaticos, Higuain scored 107 goals in six and a half seasons and helped Real win three La Liga titles and the 2011 Copa del Rey. He then moved on to Napoli in 2013 and added the 2014 Coppa Italia to his list of honours.

Higuain also won 63 caps for Argentina since his debut in 2009, scoring 32 goals and helping them reach the 2014 World Cup final and in the Copa America final this year and last – but were beaten on all three occasions.