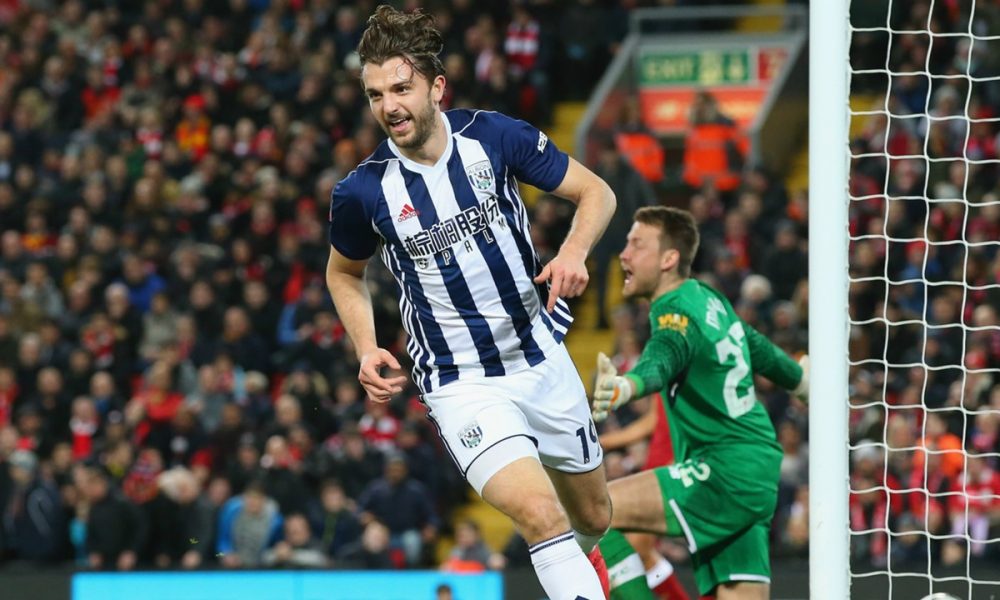 Jay Rodriguez scored twice as West Brom defeated Liverpool by 3-2 and ousted the Reds from the FA Cup in a fourth-round tie dominated by controversial video assistant referee (VAR) decisions.

Referee Craig Pawson ruled out a West Brom goal but gave Liverpool a penalty and delayed awarding the visitors’ third goal because of VAR referrals.

Rodriguez thumped an equaliser seconds after Roberto Firmino chipped an opener, then slotted another for Albion to go 2-1 up.

Poor defending then saw the culmination of Joel Matip’s own goal made it 3-1, before Mohamed Salah managed to pulled one back when he scored from close range from Trent Alexander-Arnold’s cross, but they could not find the vital equalizer they sorely needed in the end.

Liverpool’s first-half penalty, which Firmino missed, was a moment of VAR history — as it was the first time a referee in an English game had referred to a monitor on the touchline to make a final decision.

Almost three minutes passed between the initial incident and Firmino stepping up to take the penalty in which Pawson subsequently ruled — after a significant delay — that Jake Livermore had tugged Salah’s shirt, and pointed to the spot.

It was the second time in a few minutes that West Brom had been on the wrong end of a VAR decision, with Craig Dawson having seen a goal ruled out that would have put them 3-1 up.

VAR assistant Andre Marriner alerted Pawson to the fact that Gareth Barry, standing in front of Liverpool goalkeeper Simon Mignolet and interfering with play, was offside as Dawson headed in a Chris Brunt corner.

Pawson also seemed to check with Marriner after Salah slotted in Firmino’s lay-off with 12 minutes left, although there was no delay in play and no clear reason as to why the goal might have been in doubt.