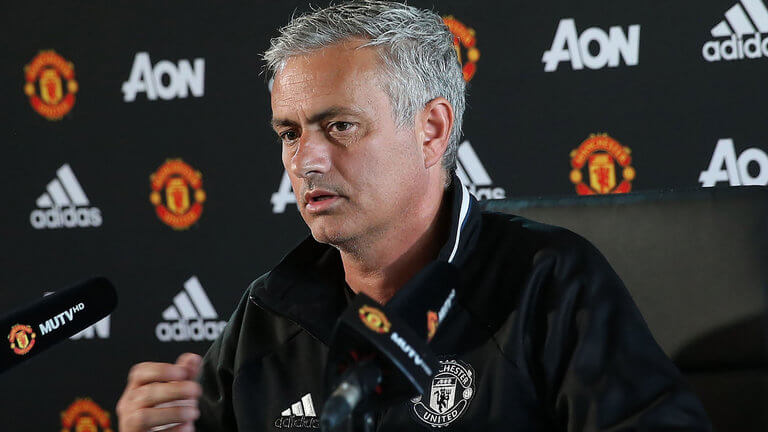 Manchester United manager Jose Mourinho claimed that the Premier League does not allow concessions because they “doesn’t care” about helping teams in Europe.

It is an important fixture against Ajax in Stockholm as the result would determine if Mourinho’s team gets a place in the Champions League next season.

Mourinho claimed that “in any country in the world,” the match against Crystal Palace at Old Trafford can be played on Saturday instead because it is meaningless for both clubs, with Palace having secured their own survival and United guaranteed a sixth place place finish.

However, it is a completely different case in England however as Mourinho said there had never been any concessions to clubs that go far in European competitions.

“We are sixth, Crystal Palace are safe, it doesn’t matter,” Mourinho said. “I think after the moment Crystal Palace beat Hull City and Hull City is relegated and Swansea is safe – in that moment, our match has to be Saturday. In any country in the world, it would be Saturday.”

As United approached the games ahead with an injury-depleted squad, Mourinho announced that he would play some of Nicky Butt’s academy youngsters.

“It’s frustrating for me,” he added. “I hope you don’t kill me when you see my team. I hope the fans at Old Trafford support the team, they forgive some naivety, they forgive some lack of confidence. And I hope that Big Sam [Allardyce] shows he’s a good friend and he goes slow. He tells to Zaha to go slow, he leaves Benteke at home. I hope he goes soft on us.”