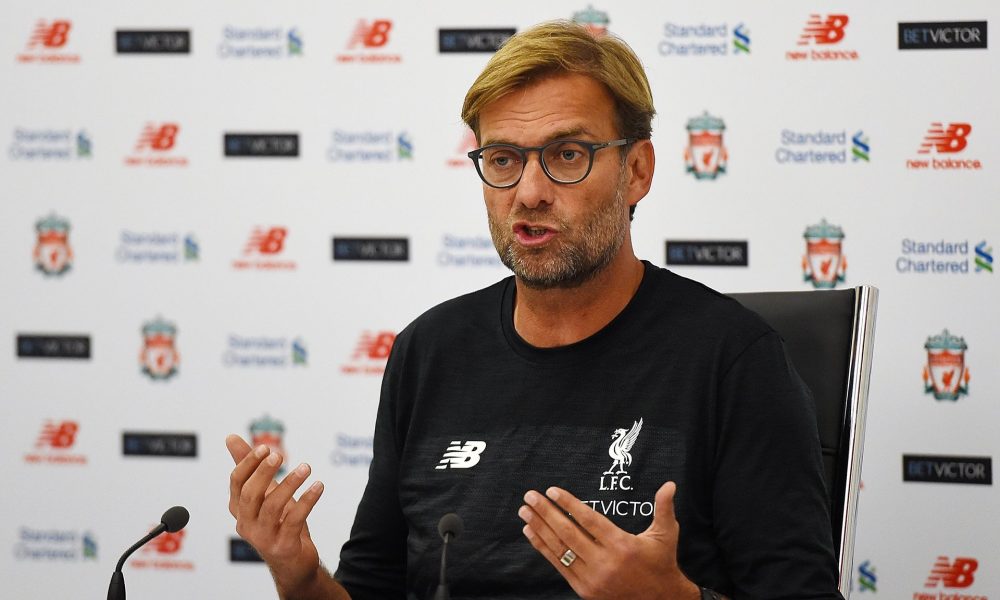 Liverpool manager Jurgen Klopp believes that his team can win the Premier League in the upcoming season after a “bit of bad luck last season”.

In the 2016-17 season, Liverpool had begun their title campaign strongly and were only six points behind leaders Chelsea in January but soon slumped with only one league win from then on to February, finishing fourth, 17 points behind the champions.

However, Klopp believes that his team could start the season anew with his sights primed on the top flight title, an honour that has eluded the Merseyside club for over 27 years and since the inception of the Premier League.

“We’ll be playing for the championship. We don’t start a season by not having any ambitions,” said Klopp. “We have to have our goals and I think we have a very good team now. We did have a bit of bad luck last season.”

“I think we can play a little bit better. Let’s hope everything will work very well and that there isn’t much more to improve.”

Liverpool recently won a friendly against German champions Bayern Munich by 3-0, but had an injury scare after Daniel Sturridge seemingly suffering a thigh problem while scoring the final goal.

“I can’t say but he (Sturridge) hurt his thigh,” said Klopp after the win that sets up a final for Liverpool against Atletico Madrid on Wednesday. “He has prepared really well and I just hope it’s only a small injury and he can play again soon.”

“His goal was really great and he had another chance before that. You could see how fast he is. It is a shame and I just hope it is nothing serious.”