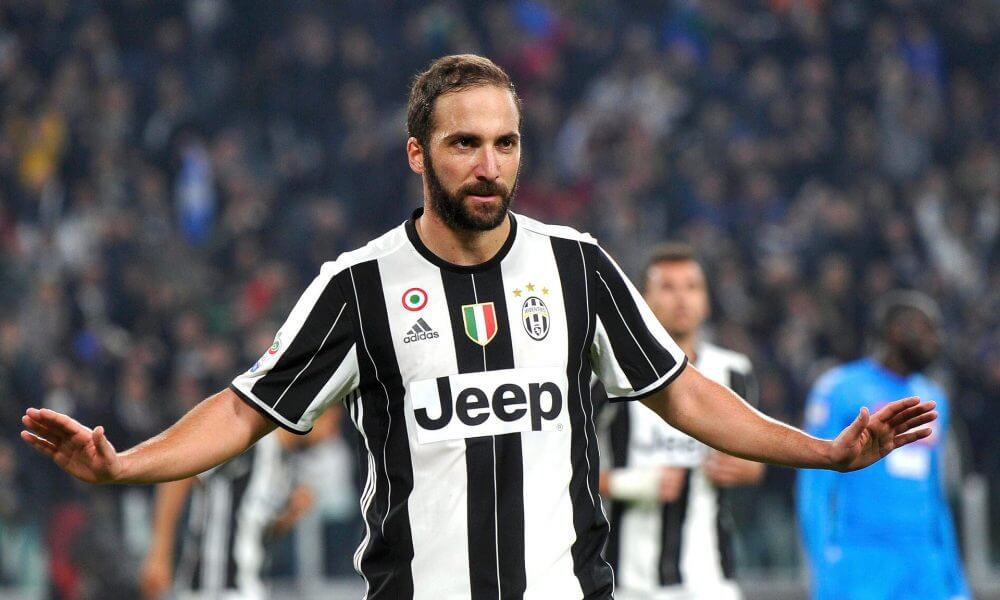 Gonzalo Higuain scored on his first return to Napoli since their bitter separation in the summer to give his new club Juventus a shaky 2-1 win in their Serie A showdown.

Higuain, 28, scored a record 36 goals for Napoli last season but joined the defending Italian champions in an acrimonious Italian-record £75m move in July.

In bianconeri colours, the Argentinian international smashed home a loose ball with 20 minutes left for his seventh goal of the season, which ultimately decided the game.

However, he did not celebrate – instead, extending his arms out wide and opening his hands, the former Real Madrid player opted to show an expression of apology to his former side.

Higuain, who was spared having to play in front of any travelling fans as they were banned from attending for security reasons, had also been greeted warmly by Napoli coach Maurizio Sarri with an embrace before the match started.

“He is a phenomenon,” said Sarri after the game. “A loose ball at Gonzalo’s feet is a death sentence for defenders. If Gonzalo wins something in Europe, I am happy for him, although less so for Juventus.”

“I still consider him to be like a son, even though the transfer to Juventus made me feel bad.”

Juventus had broken the deadlock five minutes after half time when Faouzi Ghoulam completely miscued a clearance, allowing the ball to stay in the air and fell invitingly for Leonardo Bonucci to volley home from 12 metres.

Still, Napoli were able respond quickly when Lorenzo Insigne dinked a delightful pass over the Juventus back line and Jose Callejon met it first time to sidefoot the ball under Gianluigi Buffon.

Higuain could have doubled his tally for Juventus, but badly miscued a header – leaving Napoli with hope of grabbing an equalizer late on as Juve defended their slim lead nervously.

But with the marginal victory, Juve was able to pull away from second-placed Roma on top of the Serie A table for a gap of five points, after their rivals endured a goalless draw at Empoli on Sunday.