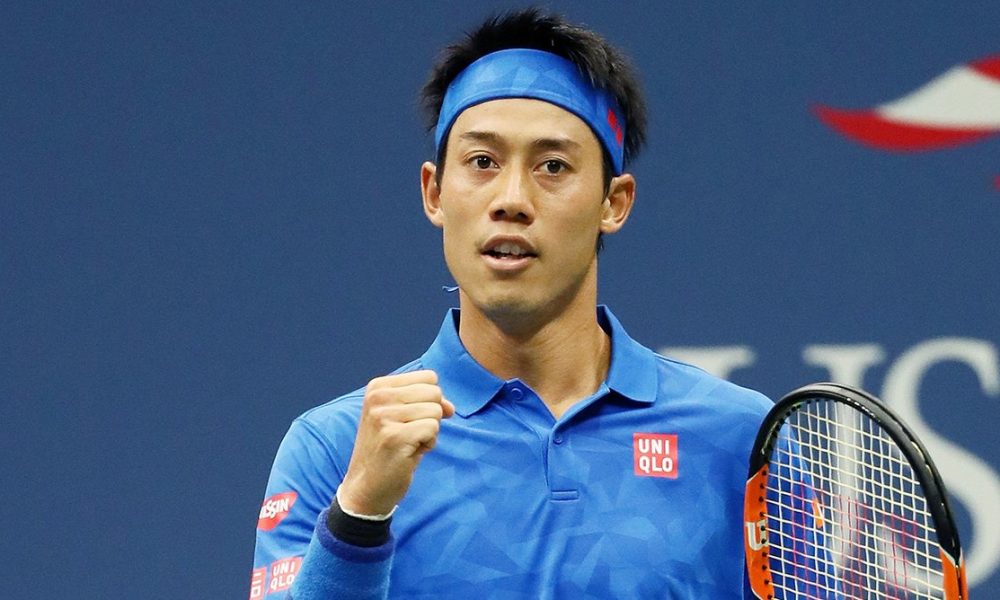 Japan’s Kei Nishikori fought back to defeat world No.2 Andy Murray in the quarter-finals of the US Open.

Nishikori will now face either Juan Martin Del Portro or No.3 Stan Wawrinka in the semi-finals.

“It was too exciting on the court, but I tried to stay calm,” said Nishikori, whose best finish in New York was as the runner-up in 2014.

“In the beginning I didn’t start well – he has a great return – but I finished well. The rain delay helped me to change tactics. I tried to hit a few more drop-shots than usual today and it worked really well.”

He began with a near-bagel as he overpowered Nishikori in just 35 minutes, but Nishikori managed to level the game soon after with a number of drop shots.

The third set featured five breaks of serve, and the most crucial came at 4-all to Nishikori.

The 26 year old was serving 30/40, 4-4, when he tried another drop shot but floated it wide to give Murray the break.

After a hold to start the fourth, it looked like Murray would, at last, seize control of the quarter-final contest and continue his stellar stretch into the semi-finals. Since losing in the Roland Garros final, the Brit had gone 26-1 and reached seven consecutive finals.

But Nishikori held on. At 1-0, during a break-point opportunity for Murray, a loud noise in Arthur Ashe Stadium caused a halt to a point.

Murray emerged flustered after the disturbance, and Nishikori took advantage, firing off six straight games to even the match and force a deciding fifth set.

In the decider, “Clutch Kei” showed how he has achieved a higher winning percentage in matches that go to a decider than anyone in the Open Era.

Calm even after he broke Murray for a 6-5 lead in the fifth, he merely walked to his chair and prepared to hold, and reach the semi-finals at the US Open.