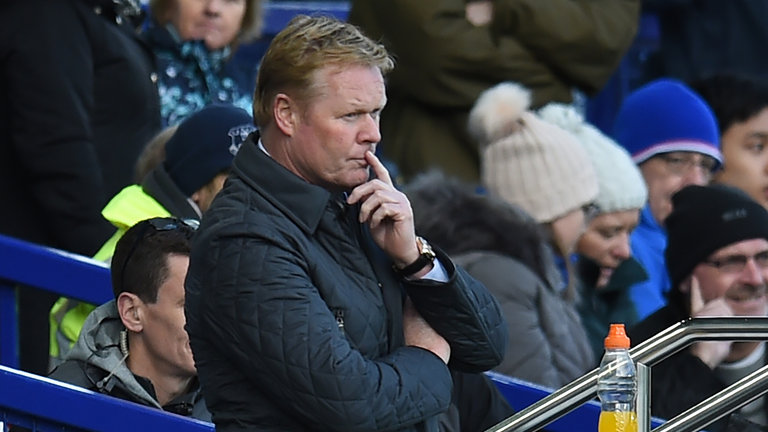 Ronald Koeman was sacked on Monday after a dismal run of form with Everton left the Toffees third from bottom of the Premier League and with just two wins in 13 games.

The manager was sacked after just 16 months in charge and spending £140 million on new players this summer. He had also been vocally criticised by many for making decisions unhelpful towards the club.

The Dutchman’s tenure as Everton manager culminated with a 5-2 defeat by Arsenal on Sunday. His dismissal was a decision taken by the Everton major shareholder, Farhad Moshiri, who three weeks ago, insisted that Koeman retained his total support despite a home defeat against Burnley.

However, Everton made no improvements since then, first needing a 90th‑minute penalty to draw at Brighton & Hove Albion before losing at home against Lyon in the Europa League and subsequently being routed at home by Arsenal.

An Everton club statement read: “Everton football club can confirm that Ronald Koeman has left the club. Chairman Bill Kenwright, the board of directors and major shareholder Farhad Moshiri would all like to express their gratitude to Ronald for the service he has given to the club over the past 16 months and for guiding the club to seventh place in last season’s Premier League campaign.”

In the meantime, David Unsworth, Everton’s academy and under-23s manager, was given temporary charge of the Merseyside club after also taking charge in one Premier League game after Roberto Martínez’s sacking in 2016.

While Unsworth has requested a run of games to show he can be the winning manager Everton need to replace Ronald Koeman, he is expected until the international break to demonstrate his mettle in order to impress the Goodison hierarchy, a spell of four games that includes visits to potentially difficult opponents in Chelsea, Leicester and Lyon.

Everton will also be the third Premier League club to lose part ways with their manager this season, after Craig Shakespeare who was fired as Leicester City manager after the Foxes lost six Premier League games in a row, and Frank de Boer who left after only 77 days as manager of Crystal Palace.