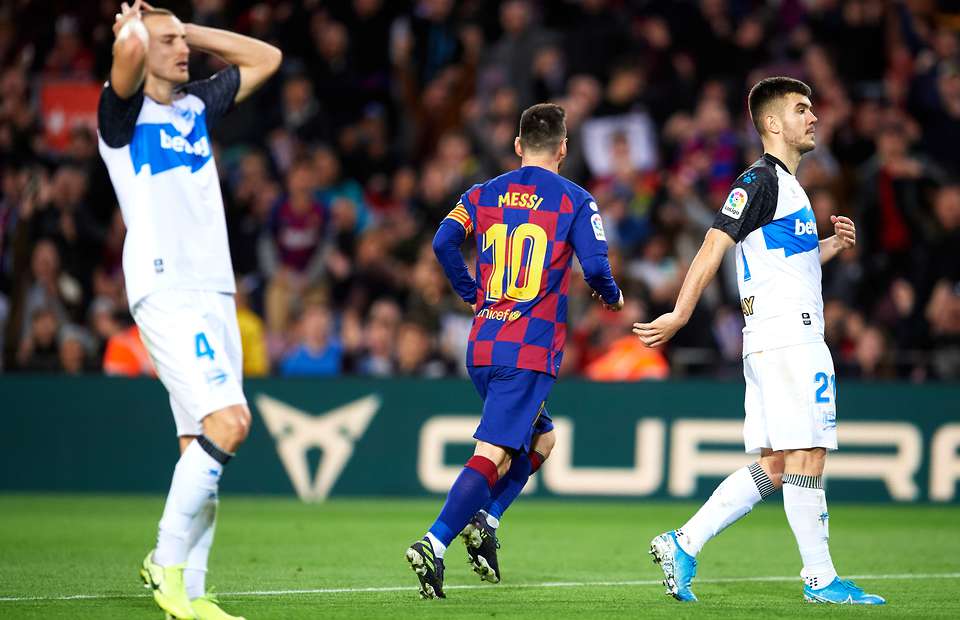 Real Madrid coach Zinedine Zidane praised Cristiano Ronaldo’s “wonderful gesture” after the star gave up the chance of a hat-trick in the win over Alaves.

Ronaldo could have scored his third of the game for a landmark 300th goal for Real Madrid when Los Blancos won a late penalty through Gareth Bale, instead offering the chance Karim Benzema take it for a morale-boosting goal.

Although he only scored three league goals prior to the clash at the Santiago Bernabeu, Benzema, made no mistake on the spot as he stepped up to score his fourth of the La Liga campaign.

The Frenchman had been a delight through most of the game, having set up two of his side’s goals earlier.

“I’m very happy with Ronaldo’s gesture,” Zidane said. “This shows he is a team player. Karim deserved this, to score a goal, as he had played a very good game.”

“This is a team game and it was a wonderful gesture.”

In the first half, Benzema’s backheel had set up his Portuguese team-mate’s first and then played in Gareth Bale after the break, with Lucas Vazquez setting up Ronaldo’s second.

Real goalkeeper Keylor Navas added: “None of us was surprised by Cristiano’s gesture because we know what type of person he is. We’re all pulling in the same direction and we have to show our unity more than ever.

“We’re thrilled with Karim’s goal, as team-mates, we have to stick together. We’re always going to fight for each other and while there is a lot of talk about Karim at the moment, we have to support one another.”

Third-placed Real are 14 points behind leaders Barcelona, who beat Girona 6-1 on Saturday.