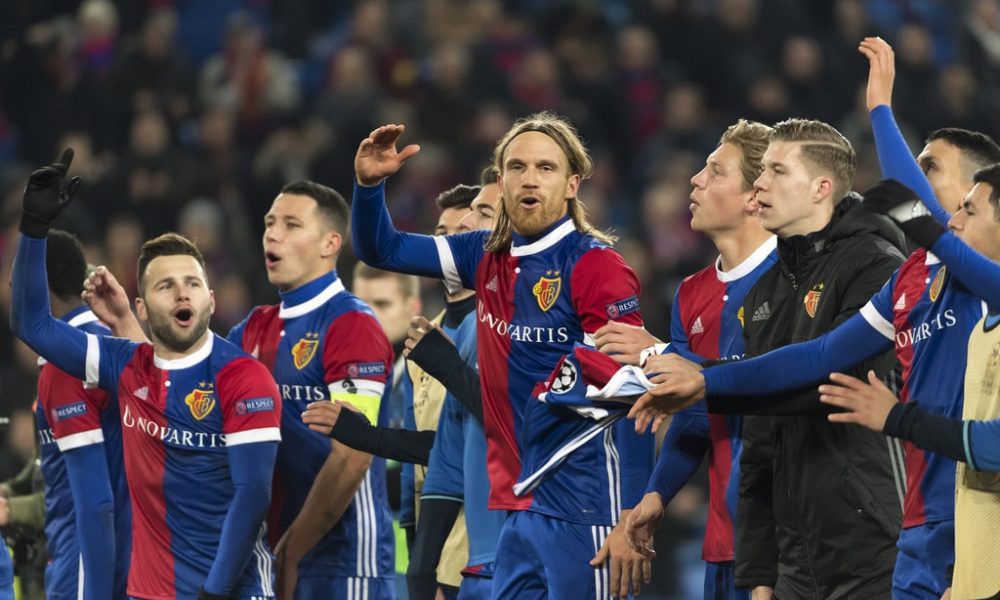 A late goal from Basel’s Michael Lang saw Manchester United being denied a 100% record in the Champions League group stages as Jose Mourinho’s team fell 1-0 to the Swiss side.

The defeat came despite the United domination of the first half in their penultimate group game, with Marouane Fellaini and Marcos Rojo hitting the woodwork.

The first half also saw the Red Devils enjoyed 74% in possession and denying the hosts even a shot on target, but they could not translate that dominance to the scoresheet and soon were stretched out of shape from the start of the second half.

Basel, seven points off the top of their domestic league, wore down the United resistance in midfield, and the pace of Lang, Dimitri Oberlin and Mohamed Elyounoussi helped them grow in danger.

The home crowd increased in volume and chances for their team increased, with Geoffroy Serey Die bringing a good save out of Sergio Romero before Lang’s decisive blow by turning in Raoul Petretta’s cross at the back post.

“We played against a team that played with five defenders,” Mourinho said after the game. “We tried to play with three attacking players and that worked in the first half because they couldn’t handle us.”

“We didn’t score in the second half probably because of the fact that we know one point is enough.”

While anything better than a seven-goal defeat by CSKA Moscow in their final group game on 5 December would still guarantee United their place in the last 16, the team could still have used the rest that would come with the guarantee of their spot in the playoffs.

But being denied that, they would now have to deal with the Manchester derby five days after CSKA’s visit to Old Trafford in the final group game — indeed, Jose Mourinho could have done with a truly dead rubber against the Muscovites.